Why a Short-Form Program Is the Best Show on TV 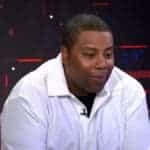 This story about “I Think You Should Leave With Tim Robinson” first appeared in the Down to the Wire: Comedy issue of TheWrap’s awards magazine.

Odds are you haven’t watched the best show on television. It’s possible you haven’t even heard of it. After all, in the world of peak TV, how could a small, short-form sketch comedy series possibly compare to the big names and bigger budgets? But Netflix’s cult hit “I Think You Should Leave with Tim Robinson” is an intensely strange, often uproarious series that might very well be the most humane and disturbing reflection of our troubled times.

Created by Robinson and Zach Kanin, “I Think You Should Leave” has produced two seasons of six episodes each, with shows running around 15 minutes. Netflix entered the show in the short form categories this year, as opposed to the variety-sketch category as it did for Season 1. The move paid off with two Emmy nominations in Outstanding Short Form Comedy, Drama or Variety Series and Outstanding Actor in a Short Form Comedy or Drama Series for Robinson.

Both creators are alumni of the “Saturday Night Live” writers room — Robinson, in fact, began as a performer on “SNL” before making the move to writer — and while you can feel the latent DNA of the long-running late-night comedy in “I Think You Should Leave,” what’s more pronounced is how very different it is from its forerunner. One close friend, a rabid fan of the series, offered me a bit of sage insight: “’SNL’ takes real life and tries to make it absurd. ‘I Think You Should Leave’ takes absurdity and makes it feel like real life.”

Take the first sketch of the second season, in which Robinson is playing a regular office schmuck who’s just been informed by a coworker that a meeting has been moved up and is now beginning. He’s frustrated by the news, pointing out, repeatedly, that it’s lunch. (He’s about to start eating a hot dog.) His coworker departs and Robinson, still puzzled, mutters to himself, “I do n’t know if you’re allowed to do that” before attending the meeting, hot dog secreted in his sleeve of him. He attempts to surreptitiously consume the tube steak before ultimately choking on it and requiring an elaborate rescue, fully disrupting the meeting (and also vomiting for good measure). Afterwards, a teary Robinson says, “You can’t skip lunch. you just can’tguys.”

It’s ridiculous and over-the-top and exactly like a hanger-fueled fever dream an office drone might have in the middle of a last-minute lunch meeting during which their needs are steamrolled by the powers that be. Which is all to say, it’s glorious.

Robinson delivers an impossibly fine-tuned performance, finding ways to deliver lines with peculiar grammar that suits each character but also echoes horrible blowhards who struggle with proper English. Is it possible that the worst people in the world are just as frustrated by real life as the rest of us dummies? Thehorror. In the end, there’s no great way to describe “I Think You Should Leave” because the series defies definition. It just is—hilarious, irreverent and weird as hell.