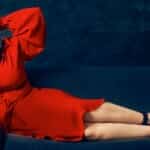 “Six Feet Under” alum Lauren Ambrose has been cast as the adult version of Van, the stranded soccer team’s goalie, in Season 2 of “Yellowjackets,” Showtime announced on Thursday.

Meanwhile, Liv Hewson, who plays the character as a teen, has been upgraded to a series regular for the second season. The addictive series follows a girls’ soccer team whose plane crashed in the wilderness in the ’90s and the still-troubled survivors who harbor secrets about what exactly happened after the crash.

The fate of Van, who was mauled by a wolf but survived, was not revealed in Season 1. We don’t yet know if the other women know Van is alive or if they’ve been in contact with her since the rescue.

An actress has already been cast to play the grown-up Lottie (played as a teen by Courtney Eaton), but we don’t yet know who that actress is.

Filming on the eagerly anticipated second season of “Yellowjackets” is slated to begin at the end of the month, co-showrunners Ashley Lyle and Bart Nickerson told TheWrap earlier this week.

“Yellowjackets” will return for its second season in early 2023, say Lyle and Nickerson. 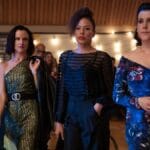 See also  'Friends': Fans discover a mistake by Monica in a mythical episode