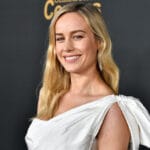 Based on the best-selling debut novel from author, science editor and copywriter Bonnie Garmus, “Lessons in Chemistry” will make its global debut on Apple TV+ in 2023.

Larson, who will star as Elizabeth Zott, leads a co-starring cast of Lewis Pullman (“Top Gun: Maverick,” “Outer Range”), Aja Naomi King (“How to Get Away with Murder,” “Sylvie’s Love,” “The Upside,” The Birth of a Nation”), Stephanie Koenig (“The Flight Attendant,” “The Offer”), Patrick Walker (“Gaslit,” “The Last Days of Ptolemy Gray”), Thomas Mann (“Winning Time: The Rise of the Lakers Dynasty,” “Me and Earl and the Dying Girl”), Kevin Sussman (“The Big Bang Theory,” “The Dropout,” “Better Call Saul”) and Beau Bridges (“Acting: The First Six Lessons,” “Homeland,” “Goliath,” “Bloodline,” “Masters of Sex,” “The Fabulous Baker Boys”).

Pullman will star as Valvin, King will play Harriet Stone, Koenig will play Fran Frask, Walker will play Wakely, Mann will portray Boryweitz, Sussman will play Walter and Bridges will appear as Wilson.

Set in the early 1950s, “Lessons in Chemistry” follows Zott (Larson), who dreams of becoming a scientist. When Zott gets pregnant, her lab de ella fires her and she is all alone, left to carve out her dream de ella in a challenging society who values ​​women more in the domestic sphere as mothers and homemakers. Getting creative, she accepts a job as a host on a TV cooking show where she sets out to teach a nation of overlooked housewives – and the men who are suddenly listening – a lot more than recipes… all the while craving a return to her true her love: science.

See also  In 2021, Nier's replicant is more relevant than ever 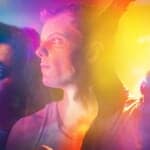