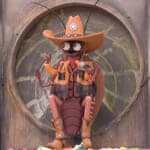 CBS’ “Big Brother” is a reliable bet to be primetime’s highest-rated title whenever a new episode airs. But despite leading the night on Thursday with a healthy 0.76 rating in the advertiser-friendly 18-49 demographic, CBS wasn’t actually the highest-rated network overall.

Instead, Fox managed to net the most impressive average demo rating on the night with a 0.65. It was also the most-watched network overall Thursday with 3.1 million total average viewers.

How did Fox do it? Well, as anyone who follows these daily ratings updates knows, you never bet against live sports in primetime.

Here’s how primetime shook out across the broadcast networks:

As mentioned, Fox was No. 1 in both average demo rating (.65) and total average viewers (3.1 million) Thursday night, according to official live plus same-day Nielsen data. The MLB’s annual “Field of Dreams” game, in which the Chicago Cubs beat the Cincinnati Reds 4-2 and hologram of famed broadcast Harry Caray made an appearance, earned a 0.64 rating in the highly-coveted audience demo while pulling in 3.1 million total viewers. It was followed by Fox’s post-game breakdown, which drew a 0.37 demo rating and 1.7 million total viewers. Fox does not air primetime programming at 10. 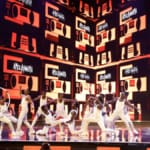 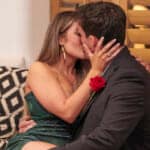