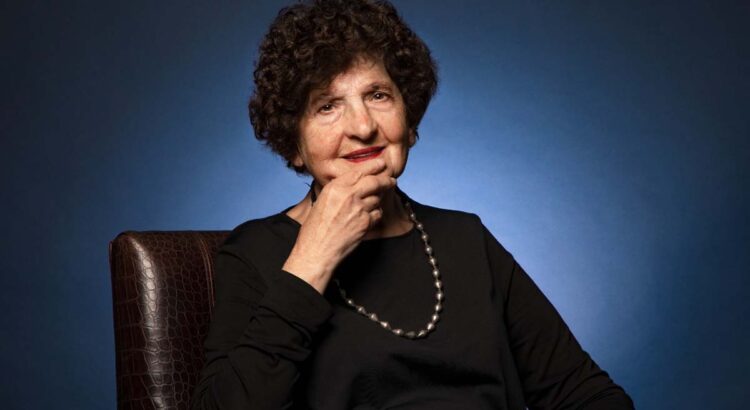 the mexican writer Margo Glantz was awarded the Carlos Fuentes International Award to Literary Creation in the Spanish Language 2022, one of the most important in Ibero-American literature, reported the National Autonomous University of Mexico.

Mexican writer, essayist, literary critic and academic, the author of “Las genealogies” was born in Mexico City on January 28, 1930.

Glantz got the Master in Modern Letters at UNAM and Doctorate in Letters at La Sorbonne, Paris.

She has been a professor at UNAM, Minister of cultural affairs at the Embassy of Mexico in England, collaborator of Radio UNAM, founder and director of Punto de Partida, among others.

In 1978 his first fiction book was publishedThe thousand and one calories. In 1983 she was appointed Director of Literature at the National Institute of Fine Arts. A year later he got the Xavier Villaurrutia Award for “Shipwreck Syndrome”.

During her life, she has been recognized numerous times as with the Sor Juana Inés de la Cruz Award, the National Award for Arts and Sciences, the Gold Medal for Fine Arts and the “Carlos Monsivais” Cultural Merit Award 2012.

She has been a member of the National System of Researchers since 1985, and an emeritus researcher at the same institution since 2004.

He has written novels, essays, chronicles and anthologies. His work has been translated into English, French, Portuguese and Italian.

The recognition is granted by the National Autonomous University of Mexico (UNAM) and the Ministry of Culture to the writers who, through their work as a whole, have contributed to enriching the literary heritage of humanity.

To receive it, more than 60% of the creations must have been originally written in Spanish and belong to one of these literary genres: drama, poetry, essay and narrative.

After the announcement, the Ministry of Culture congratulated the writer for the award that recognizes her “essential and lucid work.”

The Secretary of Culture of the @GobiernoMX congratulate the writer @Margo_Glantz for winning the 2022 Carlos Fuentes International Award, an award given by this institution of the Mexican State and the @UNAM_MX. Congratulations for one more recognition of his essential and lucid work. pic.twitter.com/nbptg40Cqa

At the same time, Alexandra FraustoSecretary of Culture, celebrated the award for Glantz, whose work he described as a “universal gaze, young voice, absolute sensitivity, total creator.”

“Long live her and her legacy to the literary world” he wrote through social networks.

Writers and writers like Hector Orestes Aguilar, Julia Santibanez and Rosa Beltranalso joined in the congratulations.