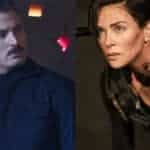 The new Netflix film, which liberally mixes action, horror and comedy, stars Jamie Foxx as a San Fernando Valley pool cleaner who doubles as an infamous vampire hunter. When his estranged wife of him (Meagan Good) threatens to leave town with their young daughter, he springs into action, working to rejoin the vampire hunters’ union. Along the way – wouldn’t you know it? – he stumbles across a vast vampire conspiracy involving housing developments and an ancient mystical temple. You know that old story.

TheWrap spoke to “Day Shift” director JJ Perry about how he moved from second unit direction and stunt choreography to directing features (“Day Shift” was produced by the same team behind “John Wick” and “Nobody”), what makes the San Fernando Valley so special and what we can expect from further installations in the “Day Shift” saga.

You’ve come from the second unit/stunt world. Can you talk about coming from that background and how it has informed your decisions as a feature director?

But we started going to Hong Kong quite a bit and working with the Hong Kong action people before it was China, I learned that they shoot everything and cut everything in their ‘A’ camera, but in editing is what informs you as a director. When Final Cut, and Adobe and all of the editing software became a consumer product, we all bought that. But we were understanding, it’s not just what you’re doing, it’s how you capture it, very early.

What we would do also is we would get a camera and we would shoot. You’d take a scene out of “Meals on Wheels” or a scene from “Armor of God” and we would recreate it with a video camera and even cut it before Final Cut Pro, we would cut it from tape to tape with two VHS tapes. But we used it as an exercise to teach us how to shoot and how to cut because once you learn how to edit, basically you’re an action filmmaker, you’re an action guy, now you understand why the cameras were where they were . And you’re not just thinking about your shot, you’re thinking about your next five shots.

I didn’t have a big plan, I just paid attention. I know that Chad definitely planned to be a director and so did Dave Leitch and so did a lot of the brothers. I was just super grateful to be a stuntman. But I just followed suit and watched all their success and help them as much as I could, working with them and being part of that crew. And soon enough, my phone started ringing and I started getting scripts. People said, “Let’s do another ‘John Wick.’” And I was like, “Well, I already did ‘John Wick’ with Chad.” They knew I was in the army and said, “Let’s a sniper with PTSD.” And it’s like, “Well, the world is kind of dark right now, I want to do an action comedy with horror. I want to do a mash-up.” That’s how I kind of ended up for me.

How did the script for “Day Shift” come to you?

It was before I left for “Fast and Furious 9.” I’d been reading a bunch of scripts and Tyler Tice had written it and he’d won some Slamdance Film Festival contest with it. As soon as I read it, I knew right away. I love “Big Trouble Little China,” “Lost Boys,” “Fright Night,” “Evil Dead;” that trippy, weird action comedy. It also takes place in LA and there’s two worlds that hide in plain sight. There’s the vampires that hide in plain sight. I love that. And then there’s the hunters that hide in plain sight. It’s like when you go into a mall and there’s a door, you don’t really know what’s behind the door, it might say men’s room, but you could open it up and there could be ninjas in there fighting. For me, that’s a lot of fun. That’s what I saw for “Day Shift.”

See also  What is the link between EPN and the owner of the house where he lives in Spain? El País journalist explains it | find out

It’s not “Blade.” It’s an action comedy horror, but with a guy that you with a bunch of action that I’ve been holding up my sleeve. For the last 10/15 years, I had a bag of tricks that I pulled out and dumped out on the floor. And we tried to do all the fun stuff. We shot it in 42 days with no second unit, which is crazy fast. I think they probably had 120 days for “The Gray man” all in with everything. I’m super proud of it.

Was the script set in the San Fernando Valley initially or was that something that you brought to it?

Initially yes. Tyler lived there, too. When I got out of the army, I moved to the Valley and it was this wacky mystical place. Nothing can really prepare you to move to LA. But the Valley for me was perfect and Tyler had written his script because he worked as a construction guy in the Valley. The valley is a character in the movie you know for me. We all know the valley from “The Karate Kid” and from the other movies that take place in the 80s subliminally and then going there and being there, it’s like, “Holy shit Sherman Oaks!” For me, it was crazy pleasing. It’s kind of where you have to start. Like at least when I got here. Start small and go big and that’s what it was. And that’s how that’s how we chose to treat it in this movie.

I live down the street from where Jamie’s character is supposed to live, so that was exciting.

They don’t shoot movies in LA anymore. You’re looking at Atlanta, London. It’s so oversaturated. Every movie is being filmed there. So now you shoot in the Valley and all of a sudden people go, “Holy shit. Where’s that? That’s exotic.” It’s the Valley bro! I used to crash cars there. We used to do car chases there in the 90s. That’s all we did was shoot in the Valley. We’re whipping cars around corners and doing wild-ass stunts on TV and movies. I just brought the 90s back to the Valley and actually got kicked out of a couple locations up there for being a little too rowdy. It’s a badge of honour. 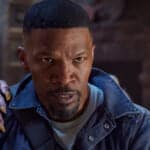 How did you get Jamie Foxx on board?

See also  Review of 'The Deception'

I met Jamie Foxx when we were working on “Django Unchained” with Quentin Tarantino. I never would have imagined I was going to get Jamie Foxx for this movie. My list was very small. And he was number one on that list. But I never thought we were gonna get him. But Jamie is about two hours north of where I’m from in Texas. There’s something very familiar about the way he talks and because we’re the same age, we just clicked when we worked together before. And I think you know, having Chad as a producer, I think that attracted some names to it as well.

I won the lottery when I got Jamie Foxx because there’s no one else that could have done it. There’s a lot of great actors out there. But what it needed was a certain type of dude. I have crushed it. And that’s how it came about.

Are we to assume that there will be a “Night Shift” if “Day Shift” is successful?

Brother you live in LA, you know there are a lot of vampires out there big boy. I know there’s some in the Valley but there’s a lot more on this side of the hill, man I’ll be Koreatown, go down to West LA you go down to where the studios are. That’s what the real big vampires are baby. So yes, “Night Shift,” “Graveyard Shift.” Come on, man. I want to go and go and go.

Will you bring in other supernatural creatures?

I would say that the sky’s the limit. I have a really strong idea for what the next one is going to be. I have a lot of ideas. And Jamie and I spoke in depth about it. The sequel will lead us into a massive world – we realize that it’s not just a California thing or a national thing, it’s definitely a global thing. 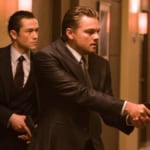