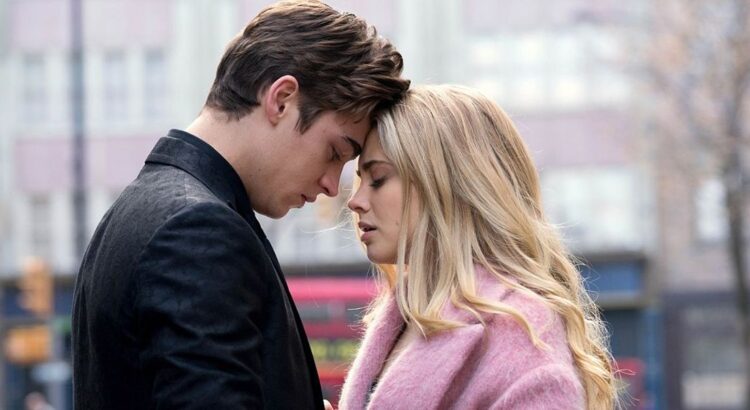 The ‘After’ phenomenon returns with the premiere of the fourth part of the successful saga starring Josephine Langford and Hero Fiennes Tiffin: ‘After. Infinite love’, which hits our screens on August 26.

‘After’ is the story of two soul mates who can’t be apart, but don’t know how to be together. The first three films in the saga have been overwhelmingly successful in Spain, grossing more than 8.5 million euros at the Spanish box office.

Now with the fourth film the end of this saga is approaching. Tessa’s (Josephine Langford) and Hardin’s (Hero Fiennes Tiffin) love has never been easy. As he remains in London after her mother’s wedding and sinks deeper into her own darkness, she returns to Seattle and suffers tragedy. Tessa is the only one able to understand him and calm him down… he needs her, but she is no longer the good and sweet girl she was when she got to college. She must ask herself if what she must do now is save Hardin and her relationship with him, or if the time has come to think only of her. If they want their love to survive, they will have to work on themselves first. Is it their destiny to stay together?

In this exclusive clip, Hardin is seen confessing that he loves her, and that he will never let her go. To which the character played by Mira Sorvino replies that if he really loves her, he will have to do what is best for her. “And that’s up to you now, because you’re the only person she’s going to listen to,” she says. “Because she loves you more than is good for her,” she says. Things are not going to be easy for either of them.

On the occasion of the premiere of the fourth season, the After fan partywhich will take place on Wednesday August 24 On cinemas Kinepolis from 11 a.m. to 10 p.m. The event consists of a marathon of the entire AFTER saga, with raffles, gifts and catering. In addition, attendees will be able to see exclusively ‘After. Infinite love’ two days before its premiere, with access to the Premier included.

However, so that fans from all over Spain can relive the AFTER saga in cinemas. Therefore, there will be screenings of ‘AFTER. Everything starts here’ on Friday, August 12, ‘AFTER. In a thousand pieces’ on Friday, August 19, and the chance to see ‘AFTER. Infinite love’ one day before its premiere together with the third part ‘AFTER. Lost souls’, on Thursday, August 25.