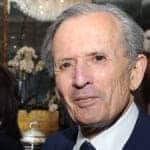 John Eastman, the former brother-in-law of Paul McCartney, died at age 83 of pancreatic cancer, the former Beatle announced on social media on Thursday.

“My dear brother-in-law, John Eastman, has passed away. Having known each other for over 50 years it is an extremely sad time for me, and our families,” McCartney wrote on Instagram alongside a photo of the two.

Eastman was the brother of Paul’s late wife Linda Eastman McCartney, who died of breast cancer in 1998.

“John was a great man. One of the nicest and smartest people I have had the good luck to have known in my life. Not only did he help me massively in my business dealings as my lawyer but as a friend he was hard to beat,” the music legend wrote.

“There is so much more that can be said of his incredible qualities, but words can hardly describe his passion for life and our affection for this amazing man. He will be sorely missed but always held dear in the hearts of those of us who knew and loved him,” he added.

Eastman, along with his father Lee Eastman, was also McCartney’s attorney, and had been with him through the breakup of The Beatles and his solo career. In 1984, McCartney told Playboy how grateful he was to the Eastmans. “The music publishing I own is fabulous. Beautiful. I owe it all to Linda’s dad Lee Eastman and her ella brother ella John. ”

According to a 2004 NYU School of Law profileEastman also represented the estate of painter Francis Bacon and the family of artist Willem de Kooning.

He chose to only represent artists and told NYU law students in 2004, “You have the power to affect those things that are important to you,” and to “have courage not to be co-opted,” but to “be what you want.” to become.”

Eastman is survived by his wife Jodie Eastman. 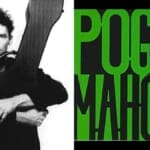