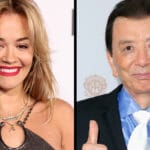 “Kung Fu Panda 4” is officially in the works at DreamWorks and Universal, with a wide release set for March 8, 2024.

The film will mark the third sequel of the original “Kung Fu Panda,” which premiered in 2008 to become DreamWorks’ highest-grossing original animated film. Set in ancient China, the martial arts movie told the epic story of a panda named Po (Jack Black), whose love of kung fu was matched only by his insatiable appetite.

In total, the film trilogy has earned more than $1.8 billion at the global box-office.