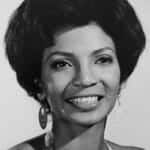 Various sets of cameras, far different from the national-news ones obsessed only with Black homicide rates, have been rolling in Chicago over the last few years. Prominent efforts include “16 Shots” (2019), about the police murder of LaQuan McDonald, and the NatGeo documentary miniseries “City So Real” (2020), which exposed the widespread opposition to Mayor Rahm Emanuel that contrasted with his esteemed national image of the. These, however, are far from the only attempts to put a present-day spotlight on the race and class issues still at play in the inner workings of one of the nation’s most iconic and notorious cities.

Just as “Unapologetic” (2020) put a lens on the rarely covered Movement for Black Lives in Chicago, protesting institutional complicity in racialized state violence with a focus on two female queer activists at the forefront, Chicago native Kevin Shaw’s “Let the Little Light Shine” amplifies another footnoted protest in the city.

Shaw begins the doc with a sentence: “In 2013, 49 elementary schools were closed in Chicago — the largest mass school closing in America,” with cries of “Keep Our Schools Open” in the background before showing a glimpse of regular Chicagoans in the street marching. Shaw then returns to an all-black screen with white lettering that reads, “The majority of those closings occurred in Black and Latinx neighborhoods,” before showing that same crowd protesting in front of a nicely appointed home guarded vigorously by Chicago police, a home we later learn that of the nefarious Mayor Emanuel, responsible for it all.

Instead of taking a macro approach, “Let the Little Light Shine” zones in on the community fight to save what the film calls “the high-performing, predominantly Black school National Teachers Academy (NTA)” in Chicago’s South Loop, caught in the city’s underreported attack on Black student achievement during Emanuel’s reign. What emerges are images of a Black Chicago rarely seen: Men, women, and children of various socioeconomic backgrounds, from middle-class college professor and NTA parent-turned-activist Elisabeth Greer to “Mayor of NTA” and security guard JP as well as NTA’s many students, rallying around Black children’s futures and not just attending their funerals or trials.

This fight is not without its allies. Among them are NTA’s idealistic white principal Isaac Castelaz, who puts his livelihood at risk; community activist Niketa Brar; and former NTA Principal Amy Rome. Those allies run counter to white area resident and Prairie District Neighborhood Alliance president Tina Feldstein as well as John Jacoby. They both support the proposed conversion of NTA into a K-12 school serving 1000 students — selected by tightening the boundaries governing who could attend — as opposed to the 840 predominantly Black elementary students already being served. 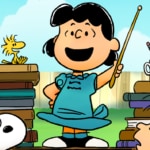 Neither Feldstein nor Jacoby present as vocally anti-Black, but it’s an unspoken sentiment that emerges through dog whistles. Speaking of the state of South Loop Elementary once his daughter de él and the children of other affluent white parents started attending, Jacoby uses such phrasing as “once we were able to institute proper decorum,” before beaming that “the children took to it. ” Even more disturbing is Principal Rome recalling how these new parents insisted on separate facilities and activities to keep their children away from NTA’s core student body.

NTA students like eighth grader Taylor Wallace see right through this effort, even before Barr explains it later. “It’s the fact that they are turning a Black minority level one-plus school into a high school. That’s basically saying ‘I have this power. I can take what I want without anybody doing something,’ which really makes me mad,” she shares in conversation with fellow students and allies as the group discusses, according to Laidler, “going to a meeting that you’re not invited to, ” a euphemism for “protesting.” 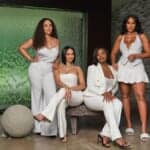 One of Shaw’s most heart-warming techniques is shining a “little light” on the larger community that also makes NTA special. Ms. Audrey Johnson grew up in the Harold Ickes Homes, a casualty of gentrification that also resulted in NTA’s founding. By bonding with NTA Principal Amy Rome, Johnson played a critical role in integrating the community into the school, helping to elevate it. She serves as a critical reminder that residents of the projects are people and, just as important, Chicagoans too.

Shaw doesn’t hold back on the Chicago Public Schools’ vicious efforts to crush NTA and its momentum. CPS alum Chance The Rapper, who has raised millions to support the underserved schools, remains incredulous as he recounts how he was barred from going to NTA. The school board even threatens Principal Castelaz’s job for supporting efforts to save NTA. The school that white residents describe in open forums is unrecognizable from the one Shaw and his team shows us.

There is an intimacy in the doc — as NTA’s drama continues to unfold, there is no indication that the activists will be triumphant, only that they will fight until the very end. The fact that Shaw and his team never turn off the cameras show their commitment to the people, rather than the outcome. These are not the images of the thugs, super predators, welfare queens, or any other form of societal leeches that are so often favored by the media; these kids are brilliant, responsible, outspoken, and caring, among many other attributes. That so many people from different socioeconomic backgrounds, races, ages, occupations, and more come together to do what’s right is just as inspiring as any victory they might accomplish.

“Let the Little Light Shine” opens August 12 in Chicago, August 26 in NYC and September 9 in LA.