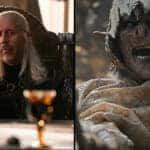 The producers of Prime Video’s “The Lord of the Rings: The Rings of Power” opened up on Friday about how they went about crafting a fantasy drama based on JRR Tolkien’s works, but without a novel from the celebrated author to follow.

“I think it explores un-explored regions of the story so far,” executive producer and co-showrunner JD Payne told reporters Friday during a virtual panel for the show at the Television Critics Association summer tour. “So it’s based on the appendices which come at the end of the ‘Lord of the Rings’ trilogy. And then also, poems and songs and stories and half-whispered rumors and histories that are found sort of scattered throughout the text.

“Tolkien is sort of a treasure hunt a little bit, where there are some places where he’ll give sort of little summaries, and you’ll get bits, but often it’s a whispered thing that someone will say. A little bit of it in this place, and [you] usually get a little nugget there, and a little nugget there,” he continued. “And so, our job as storytellers has been to really excavate that and to look at the connections between the little nuggets that you get, because it’s always the tip of the iceberg. Part of Tolkien’s allure is that he’s created a world that is always bleeding out beyond the pages where he hints at something but doesn’t give you all of it. And that’s part of what makes it so intriguing and makes you always want to lean in and learn more.”

When it premieres Sept. 2, “The Rings of Power” will welcome viewers into the Second Age of Middle-Earth’s history, exploring the unknown pasts of some well-known characters, like Galadriel.

Set thousands of years before “The Hobbit” or “Lord of the Rings” books, “The Rings of Power” deals with a period of time when evil begins to reemerge in Middle Earth, and kingdoms rise and fall – at least according to what Prime Video has said about the series so far in press releases.

As Payne addressed a reporter’s question about what in their show will surprise fans of the Tolkien books, the producer shared some new details about the origins of their Prime Video story.

“So our job is to take you back to a time set many thousands of years before the stories that you know. So, a thousand years before Frodo, before The Ring and Sauron, and everything from the stories that people have seen more commonly. We’re going back to the time in which the Rings of Power were forged, in which we were showing the rise of the Dark Lord, Sauron, the story of Tolkien’s Númenór, which is sort of Tolkien’s Atlantis,” Payne said. “And then finally the last [blood] lines of elves and men. So these are stories that audiences have seen hinted at before, and that readers have sort of been tantalized by little details of. So we would then take those and really try to take the little clues that Tolkien gave us and build them out into entire storylines or characters.”