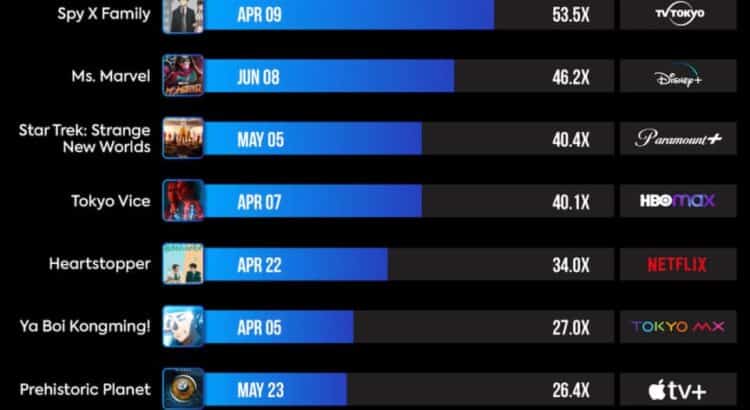 The most globally in-demand new series premiere of second-quarter 2022 was Disney+’s “Obi-Wan Kenobi.” In the first 30 days after its premiere on May 27, it had 75.6 times the demand of the average series globally, according to Parrot Analytics’ data, which takes into account consumer research, streaming, downloads and social media, among other engagement.

This puts “Obi-Wan Kenobi” in the lead by a substantial margin, ahead of other new series premieres last quarter. It significantly outpaced demand for the latest Disney+ Marvel series, “Ms Marvel,” which clocked 46.2 times the average series demand in its first month.

However, the latest shows from both of these Disney+ franchises beat out the most recent “Star Trek” series from Paramount+, “Star Trek: Strange New Worlds,” which had 40.4 times the demand in its first month. Historically, Marvel and “Star Wars” have outperformed “Star Trek” in international demand but it has been a much closer race in the domestic market.

Notably, three Japanese anime series were among the 10 most in-demand new series premieres last quarter. This underscores the global popularity of the genre far outside of its home market. The threeseries — “Spy X Family,” “Ya Boi Kongming” and “Shikimori’s Not Just a Cutie” — all originated on different networks in Japan, showing that multiple players are finding success with their anime content abroad.

In the United States, “Obi-Wan Kenobi” also topped the ranking for Q2 premieres but with a much narrower lead over other series. “Star Trek: Strange New Worlds” performed much better in the US than it did internationally. It had 33.2 times the average series demand in its first month, ranking as the second most in-demand new series premiere of the quarter here. A particular American love of the “Star Trek” franchise helped the show to excel in its home market.

FX’s The Old Man, which streams on Hulu, had a particularly successful premiere in the US With 23.5 times the average series demand in its first month, it ranked as the fourth most in-demand premiere, beating even “Ms. Marvel.”

Among other top new premieres in the US, dramatized true crime was a common theme connecting several of the top series: HBO Max’s “The Staircase,” a true crime miniseries based on the 2004 documentary of the same name; FX’s “Under the Banner of Heaven,” which adapts a nonfiction book about the investigation of a brutal murder as its source material; and Starz’sGaslit,” which is based on a podcast and centers on the Watergate scandal. All three series were led by some of the most in-demand talent — Andrew Garfield (“Under the Banner of Heaven”), Colin Firth (“The Staircase”) and Sean Penn and Julia Roberts (“Gaslit”) — boosting their ability to capture audiences’ attention soon after premiering. 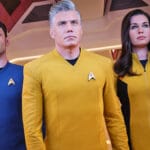