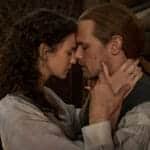 Kathryn Busby joined Starz last fall as president of Original Programming, and setting into the job has been easy, the executive told TheWrap this week as the network gave their presentation at the Television Critics Association summer tour.

“It’s been fantastic. It’s a great honor, a great experience, a lot of fun working at Starz. The team that works here, they’re genius; they’re fantastic; they’re smart; they’re passionate. And for me, it was just such an opportunity,” she said. “I really admire what Starz stands for and what Starz does, and as somebody who was, when I was at Tri-Star, really wanting to put underrepresented voices in the premium space, to see Starz doing that year after year after year – and I really believed in that mandate – love our mandate of women and underrepresented voices. It just feels like the world is catching up to us. And so for me, to have that opportunity to join and to lead programming, it really was a dream come true.”

Busby joined the network after its robust slate of “Power” franchise shows, and “BMF,” from Curtis “50 Cent” Jackson’s G-Unit Films and Television, had long been in production. The exec told TheWrap there are other projects “in development” with the superproducer and hip-hop star, whom she called “a phenomenal producer.”

“He continues to bring us successful series that really resonate with our audience,” Busby said. “So yes, we have several shows that he’s working on with us, including ‘Raising Kanan’ [and] a new season of ‘BMF’ that recently wrapped, among other things.”

Busby, however, declined to get into specifics. “I can’t update you with any information on that right now. But I can say that, as a producer, he’s working on various projects with us. That’s as far as I’ll go,” she said.

Since joining Starz, Busby has impacted the network most recently by greenlighting the spinoff of “Outlander.” The show – “Blood of My Blood” – will focus on the story of Jamie Fraser’s (Sam Heughan) parents – Ellen and Brian. That does not mean that the book is closed on the “Outlander” world expansion.

“I think, as with ‘Power,’ there are so many possibilities, and we think about and explore all possibilities. The prequel just felt like a very strong idea,” she said. “That doesn’t mean that other things can’t happen. It just means that we’re doing the prequel right now.” 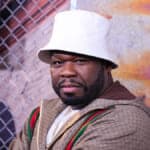 As for the original “Outlander” series, which first debuted (based on the books by Diana Gabaldon) in 2014, Busby said she hopes “it never ends.”

Looking ahead to Starz’s future, Busby said that as she continues to seek out new programming, on the list of what she’s looking for are shows with “swagger,” that are also “populist” and “commercial.”

“We have had enormous success as a leading voice for women and for Black audiences – [that’s with] ‘Power,’ ‘Raising Kanan,’ ‘P-Valley,’ ‘Outlander.’ So, we’re still looking for shows that will resonate, that will have legs. You can’t be one and done with viewers,” she said.

“For us, we’re looking for narratives that are edgy, that are inclusive, that are highly dramatic, even Shakespearean to some extent. We like to take big swings,” she said. 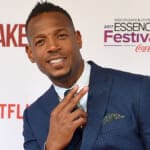