Stephen Colbert Invades ‘Severance’ and Turns It Into ‘The Office’ (Video) 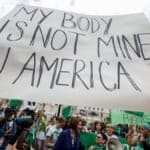 The world depicted on Apple TV+’s hit series “Severance” is already pretty bleak, but as it turns out, it could be even bleaker — all you need is the biggest jerk version of Stephen Colbert dropped into the madness.

Colbert provided this on Thursday’s episode of “The Late Show” with a fun clip in which he becomes an employee of Lumen and we see what his workplace version is like. (The frame joke is that he actually did join the show, but all his scenes from it were cut, in case you’re curious.)

Of course you know the premise, but for those who don’t, on “Severance,” the company Lumen has devised a procedure that allows people to literally separate their work and home lives completely. When they step into the company elevator at the start of the day, their home, or “Outie,” life is erased from memory and for the rest of the day they are a fundamentally different person, called an “Innie” and known only by their first name and last initial. Then when they leave, they snap back to their home life with no memory of what happened at work.

So we meet the “Severance” version of Colbert when he steps into the Lumen elevator and lets out a fart just before the mind switch happens. Then, his workplace identity is confused by the smell. Once upstairs, he basically acts like an increasingly escalating jerk to his co-workers — played by “Severance” cast members Tramell Tillman, John Turturro and Adam Scott.

After “Steve C” is introduced to them, he starts to wonder who he is outside of the office. Then he becomes convinced he’s Steve Carell, which leads him to believe he’s actually in an episode of “The Office.” Later, he ruins a happy workplace moment for Turturro by forcing everyone to listen to Smashmouth’s music.

After that, he pesters Adam Scott with a dopey philosophical question and subsequently gets fired for stealing from the company. The clip ends with it turning out, somehow, that Colbert actually is in “The Office.” In the end, “Steve C” seems kind of like Colbert’s old “The Colbert Report” person. Hey Apple TV+, we have a show pitch for you.

Anyway, it’s hard to sum up without ruining the joke, so we’ll stop now and just tell you to watch it here now.