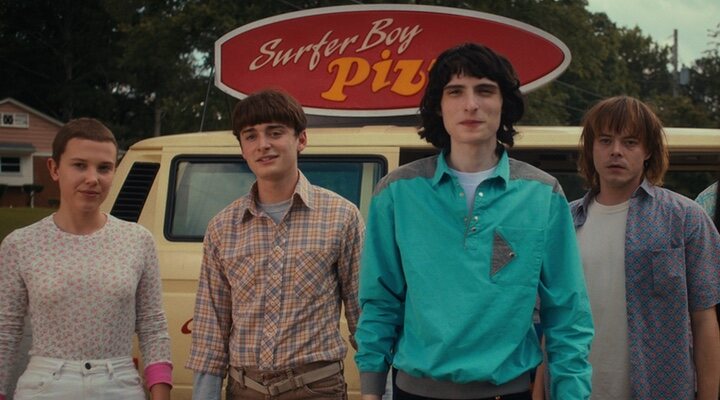 Although Eddie, the character of Joseph Quinn, has been the true revelation and revolution of the fourth season of ‘Stranger Things’, facing the end of the series its creators, Matt and Ross Duffer, they want to focus on closing plots and conflicts of the characters we already know and not introduce more new faces.

That’s what they told IndieWire In an interview in which they have talked about the surprises that came with the success of both Barb in the first season and that of Eddie now, even Billy aroused sympathy, and what these additions to the plots mean: “Every time we introduce a new character we want to make sure they are an integral part of the narrative”explains Ross Duffer, “So that’s what happened with Eddie this season, where we said, ‘Well, we need a character here to really make this story work and to be the engine that it needs.’ But every time we do that we get nervous, because you think: “We have a great cast of characters here, and actors, and every moment we spend with a new character we take time away from one of the other actors”. So we’re very, very careful about who we’re featuring. And then, specifically in the casting process, it took us a long time to find Joe Quinn, and you go through a lot of people, because you know we can’t cast someone who’s going to steal time from your characters if it’s not going to be amazing.” .

Matt Duffer, also in the interview, added: “And the same thing happened with Sadie [Sink] and maya [Hawke]. And it’s not that the actors don’t know. Everyone knows they’re getting into a cast that people love and you’re introducing a new element. And you’ve seen that there are series where it goes wrong, so everyone is nervous, but as Ross has said, with those three in particular, and with Dacre [Mongomery] also, that he played Billy, because they’re amazing actors, it was really fun. I like to shake things up, so we change the plot or add a new monster. We’re trying our best to resist [a añadir nuevos personajes] in season 5. We’re trying not to do it so we can focus on the original characters, I guess.”.

See also  Jack Ryan: Everything We Know About Season 3 (So Far)

And why so long episodes?

The last season to be released, the fourth, is made up of nine episodes, all of them over an hour long and the last one in fact has more than two, more than many movies. When asked by the journalist what they thought that people had done a tremendous marathon of their almost 13 hours of footage, Matt Duffer is more surprised at how it turned out than at the response of the fans: “The durations were a bit surprising. They exceeded the length of the script. They usually fall short of the length of the script, so Ross and I are looking at our scriptwriting and seeing what we changed in the way we wrote that translated into these mega-long episodes. But I like it. It’s like an oversized season. So yeah, you expected more, but you got almost double the length.”he says referring to the time that passed between the end of the third season and the premiere of the new episodes. The first four seasons are available on Netflix right now. The fifth, which will be the last, does not have a release date.