Succession Actors Explain the Power of Their Ensemble Cast 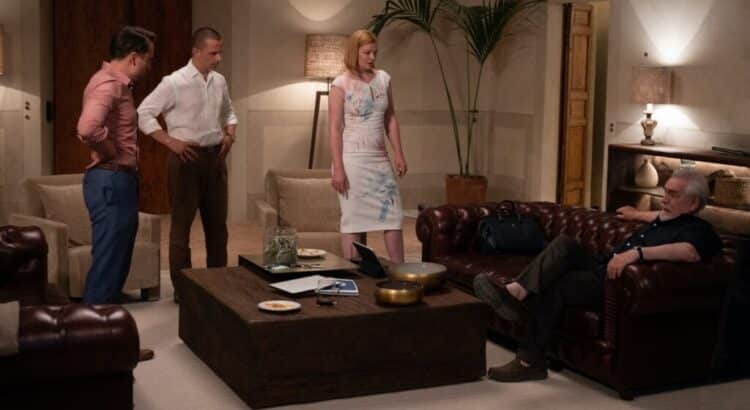 A version of this story about the actors of “Succession” first appeared in the Down to the Wire: Drama issue of The Wrap’s awards magazine.

Like Logan Roy at a hostile Waystar Royco board meeting, “Succession” crushed the competition on Emmy nomination day. The HBO drama about the machinations of an uber-rich media family not only received the most nominations (25 total), but it also set a new record with its 14 acting nods, the most a series has ever earned in a single year.

The history-making is fitting for a show that counts among its many strengths a powerhouse ensemble cast. At the center of the maelstrom is Brian Cox as the bilious Logan, whose back-stabbing children scheme to take over the company while a constellation of employees are forever in orbit around them, hedging their bets. The actors all play off each other, creating the show’s distinctive rhythm.

For Cox, none of it would work if the cast didn’t collaborate so seamlessly. “The thing for me that’s most important is the harmony of the group,” he said. “And that harmony is as important as your own performance. It’s all these wonderful individual actors coming together where they create something extraordinary. We don’t do this alone. We do this in tandem with a lot of other people who are trying to be all for one, as it were. A unit.”

That philosophy is grounded in the principles of the theater, where — surely not coincidentally — most of the cast members feel at home. Matthew Macfadyen, who plays the chameleonic Tom, likes “Succession” to a play, particularly when it comes to shooting the big set pieces (like Season 3’s farcical shareholders meeting) that gather most of the main cast in one room. The camera rolls, moving from character to character without cuts. “As an actor they’re fantastically exciting and satisfying and then daunting to play because they are sometimes 10-page scenes,” he said. “And so you have to rely on your fellow actors. You can’t be an island.”

“There’s just a lot of trust,” said Nicholas Braun, who, as wide-eyed Cousin Greg, spent much of last season bouncing among various Roy factions. “In a scene with three characters or a scene with 15 characters, everyone knows their role so well and knows the rhythms of our show so well and knows when you can improv or when you can fill in a gap or when you let somebody else have Item.” 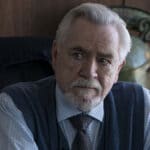 According to J. Smith Cameron, who plays Gerri, the company’s general counsel and interim CEO, navigating those spaces for improvisation is essential to the group dynamic. “There’s always this little nip in the air of improv. You’re saying the scene as written, but the cameras are voyeuristically on the move and you don’t know when someone else may be speaking, but they may be looking at you putting an ice cube in your drink because it’s funny,” she said. “It encourages you to be really involved every second and to be listening because that’s where the juicy things happen. You’re on your toes in the best way.”

And yes, even the series’ guest stars get a taste of this. “It’s kind of scary to step into something that’s already going. You feel like, oh, it’s the new girl coming in late to class,” Sanaa Lathan said. “(But) the whole experience was so refreshing. There was a real respect for the actor — and that reminds me of the theater.”

Here are the 14 nominated “Succession” actors and the characters they play.

Brian Cox (Logan Roy) The ferocious paterfamilias has a “deep rage in him for childhood issues and everything that’s been unresolved in his life,” Cox said.

Jeremy Strong (Kendall Roy) The most troubled Roy child has bet against his dad — and lost — more than once. Strong won the 2020 Emmy for his performance.

Nicholas Braun (Greg Hirsch) Hapless Cousin Greg loses his innocence in Season 3 when he sides with Tom over the Roy siblings and gives over to the “dark side,” as the actor put it. “That was really important to me and to Jesse. [Armstrong, the series creator]. It’s always sort of like, how do we chart the road of Greg leveling up and losing some of his moral compass from him? Braun said. “I think the season was sort of Greg getting tossed around, put through the wringer: the threat of jail, the loss of his backboard from him, which was the will that he could be in from his grandpa from him. And for me, it’s a season that’s kind of exhausting in what he’s going through in order to try and get it right. When he’s offered something, he can go to the dark side. It felt like, ‘Let’s do it. I’ve tried to be good, I’ve tried to be the nice guy.’”

kieran culkin (Roman Roy) The foul-mouthed youngest Roy is a thing for Gerri, which Logan discovers via an errant dick pic.

matthew macfadyen (Tom Wambsgans) Shiv’s husband has many faces, but it’s the conniving Tom who outfoxes the Roy siblings at the end of season 3 and prevents them from ousting Logan. It all plays out in the devastating last scene of the finale. “I just thought it was beautifully done because it was very subtle and very scalpel-like and delicate and clever,” Macfadyen said. “It wasn’t obvious at all. You know, I’m not even sure that Tom sees in the moment whether he sees Shiv see [that he has betrayed her]. So it may well be that he walks into the room thinking that no one knows what he’s done. I just thought it was very elegant and very satisfying to finish the season and sprinkle into the next.”

J.Smith Cameron (Gerri Kellman) Savvy and strategic, Gerri deals a brutal blow to Roman in the season finale when she refuses to help him overthrow Logan. “[Gerri’s] back was up against a wall, which is how I hope it played,” Smith Cameron said. “We did a number of different takes, ones where I was psychotically cold and then ones where I was more vulnerable myself. And I think the take they used is one of the latter. I think you can see that it’s hard for her to say. She’s angry, but it’s not easy to look him in the eye. Like I keep looking down at my notes. It’s tortured.”

Sarah Snook (Siobhan “Shiv” Roy) The Roy clan’s only daughter is the smartest of the children, but she’s still blindsided when her husband, Tom, betrays her.

Adrian Brody (Josh Aaronson) A Waystar investor who tests Logan’s physical fitness during a tense meeting at his lavish home on Long Island. He proposes a walk and Logan nearly collapses. “It’s a game of chess,” Brody said. “And the character that I portray is someone who in that moment had quite a bit of control and an upper hand. I do not think what transpires was the character’s intention of him, for him to be ill, but he did want to ratchet up the stakes to see the dynamic, to see how father and son behave and if it was too toxic to really bet on that. I think all of it was premeditated, just to have the upper hand.”

Arian Moayed (Stewy Hosseini) The shrewd board member who has been on the series since season 1 and isn’t afraid of the Roys. “I was born in Iran and grew up in an immigrant community in the north suburbs of Chicago,” Moayed said. “There was a sense, always, that we weren’t the ones who were supposed to be in the room. And now all of a sudden I play this guy that doesn’t give a shit that he’s the one that’s in the room. It’s magic. You come into a scene, you tell everyone they’re an idiot and then leave,” he added, laughing. “Love him or hate him, [Stewy’s] always honest. That is something that the Roys could use a dose of. He tells you how it is.”

Sanaa Lathan (Lisa Arthur) Kendall’s high-powered lawyer, the rare person to call Roy out on their entitlement. In a key scene following a deposition, she confronts Kendall about her over-confident posturing. “Kendall was just being out of hand and Lisa had to put him in her place,” Lathan said. “It’s cathartic—and for the audience as well. Obviously she’s working for him. Ella she’s professional, she’s at the top of her game, she knows how to deal with difficult people and yet this guy’s gone too far. And I think that the audience got a little pleasure out of that because we see him being a dick,” she added, laughing. “And it’s like, ‘Yeah! Put him in his place!’”

Read more from the Down to the Wire: Drama issue here. 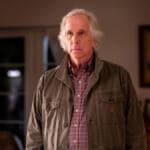