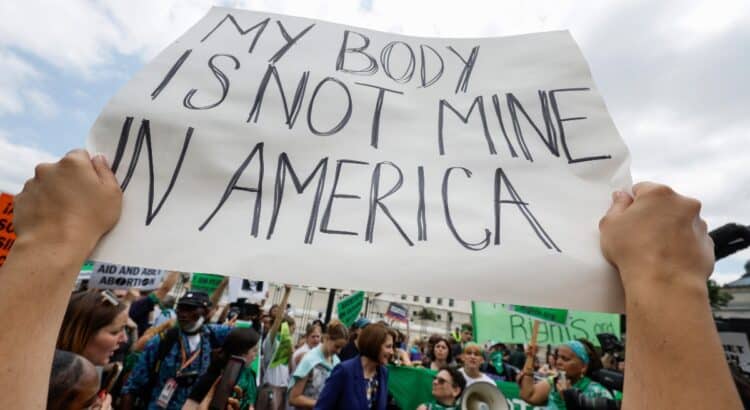 Women in Film released a statement on Thursday evening condemning the response from Hollywood studios to a letter signed by over 1,400 showrunners and film directors calling on them to ensure access to abortions in response to the Supreme Court’s ruling overturning Roe v. Wade.

“On July 28, showrunners, directors, and allies spoke together in defense of health and safety, demanding media companies take action to protect workers in states that have restricted abortion,” the statement read. “Last night, they sidestepped the hard work of offering real and specific protections for their at-risk workers and took the easy way out. We are disappointed by this cowardice.”

“Women in Film stands in solidarity with the signatories of the July 28 letter, and we fear for the safety of our members and all working people in Hollywood who must travel out-of-state to earn their livelihoods. We demand more.” the statement continued.

On Wednesday night, a joint response to the showrunners’ letter was issued by AMC Networks, Amazon Studios, Apple TV+, NBCUniversal, Netflix, Paramount, The Walt Disney Company, and Warner Bros. Discovery. The letter pointed to amendments being made by union health plans “providing for reimbursement for travel expenses associated with securing abortion services,” for entertainment workers who live in or work in states that have banned abortion in response to the Roe overturn.

“Each of our individually designed corporate health plans provides comprehensive health care coverage for our respective employees,” the studios’ letter also read. “We have been independently updating our respective employees — who live and work throughout the country — as plans and policies change and expand to provide reproductive care and other support now needed in states that have restricted or outlawed abortion access.”