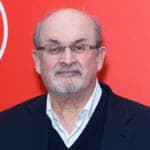 Bill Maher cut his critics off at the pass Friday night, certain that they’d once again label him an Islamaphobic for pointing out that Salman Rushdie had every reason to be afraid of the “dangerous” religion.

“A good friend of this show got stabbed today, Sal Rushdie,” Maher began the roundtable chat. “He was stabbed by someone named Hadi Matar. We don’t know the motivation yet, but Sal did have some enemies in the past, as I recall. So I’m guessing Hadi is not Amish.”

Rushdie — who has been a target of the Islamic world since the publication in 1988 of “The Satanic Verses” because many see it as a blasphemous depiction of Muhammad — was about to deliver a lecture at the Chautauqua Institution in New York State, when a man rushed the staged and stabbed him at least twice, once in the neck. As of this publishing, the writer is on a ventilator and unable to speak, with his agent saying he “will likely lose one eye; the nerves in his arm were severed; and his liver was stabbed and damaged.

The attack on Rushdie moved Maher to both sadness and anger.

“He was giving a lecture — how about this for irony? — about how the US is a safe haven for exiled writers and other artists under threat of persecution. And making that speech itself is unthinkable in most Muslim countries Salman Rushdie living in most Muslim countries without getting stabbed every day is unthinkable. So don’t come at me with Islamophobic,” a fired-up Maher said.

“Phobic means fear, right? Well, Sal had a good reason to be fearful. And when you say phobic, it’s just a way to shut off debate,” he continued. “We should have a debate about this, sorry, but you know, these things don’t go away. Islam is still a much more fundamentalist religion than any of the other religions in the world. And that means they take what’s in the holy book seriously. And that has been dangerous for a long time. It’s still dangerous.” 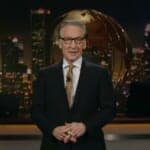 The whole topic of free speech came to the forefront of the roundtable, with panelist Piers Morgan quoting Rushdie. “I want to draw your attention to a quote from Salman Rushdie. The defense of free speech begins at the point when people say something you can’t stand, you often have to defend people you find outrageous, unpleasant and disgusting. And that’s the point.”

Morgan went on: “I think that people have forgotten in this debate about free speech, which is, it’s not about the right of people you agree with to say what they like, and then you’re not alone. It’s about your ability to listen to people whose opinions you might staunchly disagree with. You might hate their opinions. You might hate them, but you should be able to tolerate their right to have a different opinion.”

You can see the conversation in the video at the top.

Under the late leader Ayatollah Ruhollah Khomeini, the Iranian government issued a fatwā in 1989 calling for Rushdie’s death and put a $3 million bounty on his head. Rushdie went into hiding via a protective government program in the UK before slowly reemerging a decade later. His 2012 memoir of him, “Joseph Anton,” charted his life of him with the fatwā. Today’s Iranian government has distanced itself from Khomeini’s treatment of Rushdie, but resentment and the threat of violence has remained a constant. 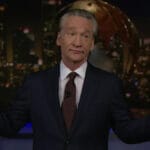