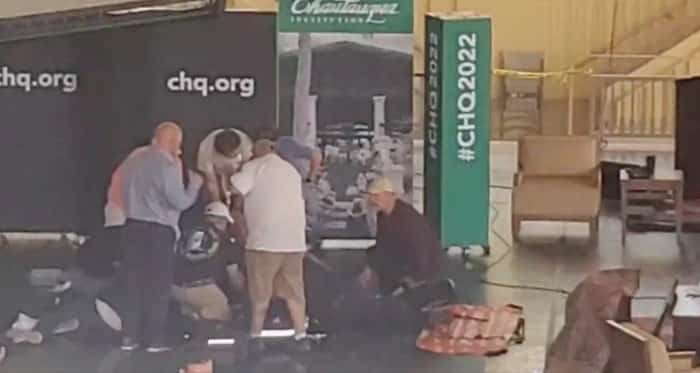 Salman Rushdie, the Indian-born novelist who spent years in hiding after Iran urged Muslims to kill him for his writing, is on a respirator after being stabbed in the neck and torso onstage at a conference in upstate New York this Friday afternoon.

“The news is not good”, wrote Andrew Wylie, his literary agent, in an email. Salman he will probably lose an eye; the nerves in her arm were severed; and his liver was stabbed and damaged.”

Rushdie, 75, was being introduced to give a talk to an audience of hundreds about the artistic freedom at the Chautauqua Institution, in western New York, when a man rushed onto the stage and lunged at the novelist, who has lived with a bounty on his head since the late 1980s.

Stunned bystanders helped pull the man away from Rushdie, who fell to the ground. A state agent who provided security services on the spot arrested the aggressor. Police identified the suspect as Hadi Matar, a 24-year-old man from Fairview, New Jersey, who purchased a pass to the event.

A doctor who was in the audience helped treat Rushdie while emergency services arrived, police said. Henry Reese, the moderator of the event, suffered a minor head injury.

Police said they are working with federal investigators to determine the motive. They did not describe the weapon used.

Rushdie published in 2012 a memoir about his cloistered and secret life under the fatwa called “Joseph Anton”, the pseudonym he used while under British police protection. His second novel “Midnight’s Children” won the Booker Prize. His new novel “Victory City” will be published in February.

Rushdie was at the New York institution to participate in a debate on granting asylum to artists in exile and “as a home for freedom of creative expression,” according to the site. Web of the institution. 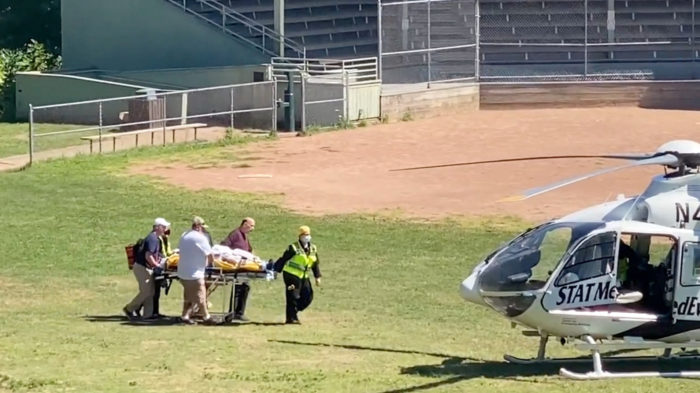 The writer became a US citizen in 2016 and lives in New York City.

He calls himself a lapsed Muslim and “hardline atheist” has been a fierce critic of religion across the spectrum and has been outspoken about oppression in his native India, including under the Hindu nationalist government of Prime Minister Narendra Modi.

PEN America, a free speech advocacy group of which Rushdie is a former president, said it was “shocked and horrified” by what it called an unprecedented attack on a writer in the United States. (Reuters) 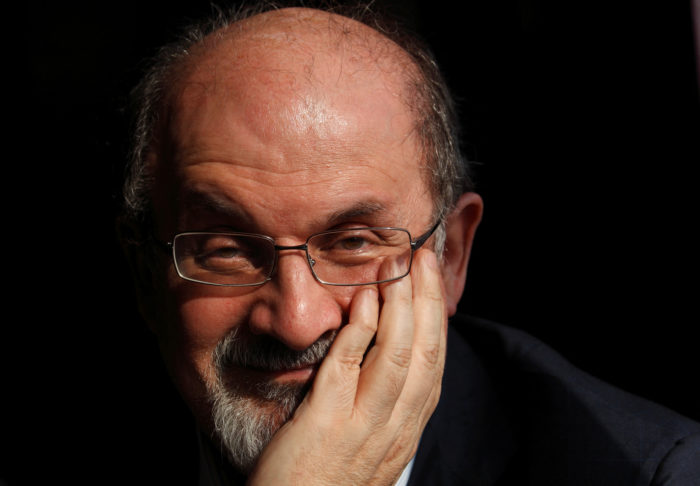