Scherer withdrew complaint against Gertz Manero for lack of ‘interest’ 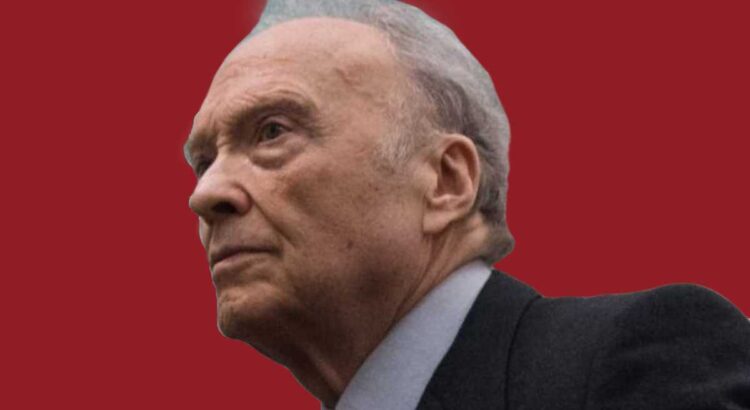 The former legal adviser to the presidency of the Republic, Julio Scherer Ibarra, withdrew the complaint against the attorney general, Alejandro Gertz Manero, according to information published by the newspaper Reforma.

The complaint was for the crimes of influence peddling, coalition of public servants and criminal association.

The former federal official, considered a ‘brother’ of President López Obrador, argued that “It is not in their interest” to continue with the criminal processaccording to federal sources quoted by Abel Barajas for the newspaper of national circulation.

Scherer’s complaint described the prosecutor as a man psychopath, narcissist and corrupt.

In the complaint, he presented a long chapter entitled Background, in which he reviewed Gertz Manero’s career and how he has used his positions and the law, he said, to persecute figures such as Silvia Pinal, her political family, scientists, people linked to the UDLAP , entrepreneurs and “other people outside their visions or interests”.

The oldest mention is from 1970, when, says Scherer, Gertz Manero “coordinated and defended the disgraceful Operation Condor in the Dirty War.” Here he accused him of having a ‘sociopathic quality’.

He maintains that at the height of “psychopathy”, Gertz tried to criminally prosecute 31 Conacyt scientists, after the academic community protested the “unsustainable incorporation” of Gertz Manero into the National System of Researchers.

He also mentions an old lawsuit in which, he says, he benefited Gabriel Alarcón Velázquez, with whom he allegedly shares a private plane and uses the FGR to investigate the counterparts of a long legal process for an inheritance of “hundreds of millions of dollars.” .

Already in the Denounced Acts section, Julio Scherer Ibarra focuses on detailing the case against the Cuevas Morán family.

The other great fact denounced is the “Factious use of the prosecution for revenge against me”, where, Scherer said, Gertz Manero carried out illegal investigations to place him and make it appear that he had committed a crime.