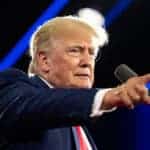 in the stream of messagesTrump called the search a “WITCH HUNT,” and complained that “the whole World was watching as the FBI rummaged through the house, including the former First Lady’s closets (and clothing!), alone and unchecked.”

He also repeated the unsubstantiated claim that the FBI planted information, an assertion CNN’s Daniel Dale condemned as “totally untrue” when he fact-checked Trump’s many claims.

Among Trump’s comments posted on Truth: the request that the FBI return documents he said were protected by attorney-client and executive privileges that were reportedly seized during the search.

“By copy of this TRUTH, I respectfully request that these documents be immediately returned to the location from which they were taken,” he wrote.

On the platform, Trump also shared — or “retruthed,” as he put it — posts from accounts with names referencing QAnon or alt-right groups, including a post from “WWG1WGA.” The abbreviation of the phrase “where we go one, we go all,” is a rallying cry from QAnon, according to CBSNews.

In addition, Trump circulated a post from an account called “We The Pepe,” which references a meme called Pepe the Frog, which the TDA designated as a hate symbol after the meme was used in racist, anti-Semitic and other mustached contexts.

In response, Dale fact checked Trump’s claims that the FBI planted evidence in the Florida residence, which has been gaining traction for Trump allies who baselessly argue that the documents he had were declassified and/or planted by the FBI.

See also  Dave Coulier Reveals First Reaction To Hearing You Oughta Know - And Which Lyrics Were About Him! -Perez Hilton

“They’re throwing everything at the wall,” Dale said. “There’s no basis for any of this. This idea of ​​planted evidence has been conjured out of thin air.” 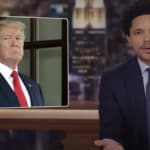