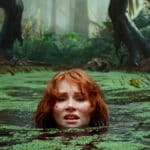 Who needs to hunt for Pokemon when you can hunt for actual dinosaurs? A new augmented reality game in the vein of “Pokémon GO” is launching Tuesday as inspired by “Jurassic World Dominion.”

The app, titled “Dinotracker AR,” gives users the chance to discover, track and interact with life-size dinosaurs viewable through AR in your real-life environments. And compared to something like “Pokémon GO” and other similar apps, the augmented reality on display looks fairly sophisticated.

In order to interact with the 10 different dinosaurs created for the app through AR, you have to be within the proper setting, be it looking at the ground, sky or trees, and have access to a good amount of space outdoors. But the illusion is pretty neat if you can get the setting right, such that a pteranodon will actually fly seamlessly between tree lines or that you can with hand tracking tools actually feed the dinosaurs from your own palm.

Different spatial awareness tech and 3D modeling techniques are also made such that you can walk around and interact with the dinosaurs as they move, and of course take photos alongside them. You can check out a sizzle reel of the app below.

The game also designed velociraptors designed to resemble the dino Blue from the “Jurassic World” movies, and it has a built-in story and details about each dinosaur, including a bite-sized velociraptor, a carnotaurus and of course a T-Rex.

“Dinotracker AR” was developed by a company called Trigger XR in partnership with “Pokémon GO” developer Niantic, as well as Universal Pictures, LG Uplus, Qualcomm and KOCCA in Korea. The augmented reality was built through Niantic’s Lightship ARDK.

“Our goal for the Dinotracker AR app was to create the most realistic experience possible, enabling fans to feel like these incredible creatures are in front of them and immersed in their surroundings,” Jason Yim, founder and CEO of Trigger XR, said in a statement. “We’re excited to bring in the latest XR tech from Niantic and combine it with one of the world’s most beloved series.” 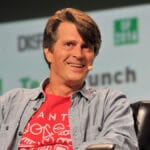