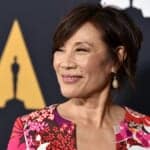 The new Academy of Motion Pictures Arts and Sciences CEO Bill Kramer said in an interview Tuesday that he has big ideas for the Oscars, one of which is having a producer who can handle the show across “multiple years.”

“I think bringing on producers for multiple years is advisable and we are working on that, as well,” Kramer told the Academy’s A.Frame digital magazine on Tuesday. “The 95th gives us a great opportunity to knit together the incredible legacy of the Oscars, the diverse and powerful work we do across the Academy, and our vision for the future.”

This would be a sizable shift. For years, the Academy has cycled through various guest producers of the live Oscars show, including the likes of Will Packer earlier this year and Steven Soderbergh the year before that during the COVID-era ceremony held at Los Angeles’ Union Station.

You’d have to go back to the 1990s and early 2000s to find a producer who has handled more than at least two Oscars ceremonies, as Gil Cates produced several shows between 1990-1995 and then numerous times again up through 2008. Don Mischler, who produced the show in 2011 and 2012, was the only other repeat producer in the last 10 years, but he split the workload with two different partners, including Bruce Cohen and Brian Grazer, respectively.

Kramer also hinted at the controversy around having eight different technical categories presented during the Oscars pre-show and then edited into the live ceremony, something that sparked massive backlash from critics, those in the industry and even the eventual winners. Though he stopped short of saying that all the awards would be presented live again in 2023, he hinted he still wants to honor the contributions of those across the film industry.

“The energy around the show should feel like a massive celebration of cinema and the awards — our legacy, our artists, our movies, our future. We are already hard at work with our partners at Disney-ABC on the show,” he said. “I would love to see: all artistic and scientific disciplines honored on the show; past Oscar winners on stage; celebrations of iconic past wins; and an emotional investment in the nominees.”

No producers have been set for the 2023 Oscars, but the show will be held on March 12, 2023. Read Kramer’s full interview here. 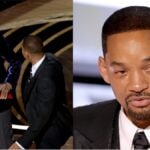