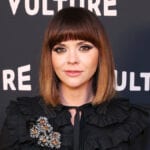 On Tuesday, Netflix released a first look at “Wednesday,” an upcoming series from Tim Burton. The grayscale photo, which you can check out below, features Jenna Ortega as the titular character, who we previously got a look at in June.

She’s joined in the photo by Catherine Zeta-Jones and Luis Guzman as her mother and father, Morticia and Gomez, and Isaac Ordonez as her brother, Pugsley.

Here’s the logline for the upcoming series: “The series is a sleuthing, supernaturally infused mystery charting Wednesday Addams’ years as a student at Nevermore Academy. Wednesday attempts to master her emerging psychic ability, thwart a monstrous killing spree that has terrorized the local town, and solve the supernatural mystery that embroiled her parents de ella 25 years ago — all while navigating her new and very tangled relationships at Nevermore. ”

Christina Ricci, who previously played the role of Wednesday Addams, will also be featured in the series, but her role has remained undisclosed so far.

Tim Burton is the executive producer and director of the series, while Al Gough and Miles Millar are showrunners and writers. Gandja Monteiro and James Marshall direct two episodes each.

The series, from MGM Television, will span eight episodes. 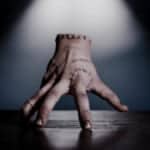