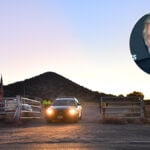 Baldwin appeared on Chris Cuomo’s podcast on Tuesday, though it’s unclear whether the interview was recorded prior to the FBI concluding its forensics report last week, which contradicted Baldwin’s claim that the gun could not have fired without pulling the trigger.

Baldwin said on the podcast that the information about “fanning the gun” was something he even learned from the New Mexico district attorney’s office, and he compared the process to what you would see in “old Western movies” in which if you pull the hammer back on a gun and don’t lock the hammer, it can fire a bullet “without someone having to pull the trigger.”

“The man who is the principal safety officer of the set of the film declared the gun was safe when he handed it to me,” Baldwin said. “The person who was the principal safety officer of the film declared in front of the entire assemblage, ‘This is a cold gun.’ Now, why did he say that if he didn’t know, if he hadn’t checked? The point is we were told everything was cool and you can relax and we are working with a gun that is safe to rehearse with.”

Baldwin said that as everyone waits “ad nauseum” for the sheriff’s report to be completed, the people “talking the loudest about what happened” on the “Rust” set are those in the media speculating about what could have happened.

“The thing that they have in common was nobody was there,” he said. 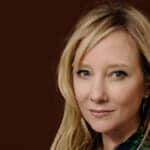 When asked by Cuomo, Baldwin also ruled out the possibility that the “Rust” shooting was a “set-up,” though he admitted that for a period of a couple of months he did entertain that notion, but instead had to “come back.” to what is likely,” which is that “a tandem of the two people, one of them or both was negligent.”

Santa Fe investigators have been waiting for the FBI ballistics report to be completed before passing the “Rust” case to prosecutors for potential charges. Investigators are also waiting for Baldwin’s phone records after the actor turned over his phone to police in Suffolk County in New York. The investigation stems back to October 21, when “Rust” cinematographer Halyna Hutchins was shot and killed and when director Joel Souza was injured by a live round inside the gun held by Baldwin.

Watch the full podcast above. Baldwin’s remarks about “Rust” begin at roughly the 17 minute mark of the podcast.