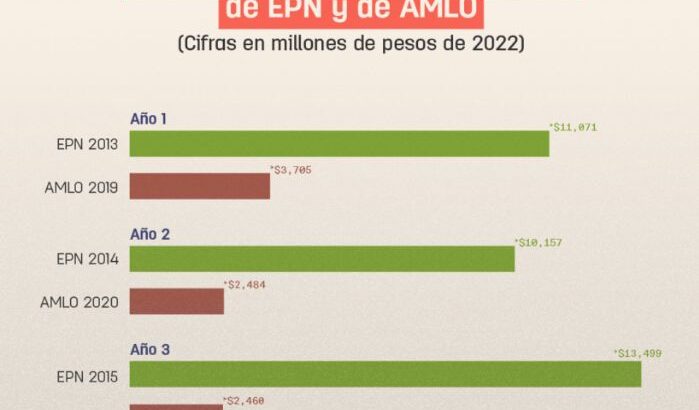 Despite the fact that during the administration of President Andrés Manuel López Obrador spending on official advertising has been reduced, bad practices still persist in the allocation and distribution of advertising, said the organization Article 19 and the Center for Analysis and Research Fundar.

However, in 2021 the federal government spent 2 thousand 459 million pesos (mdp) in official advertisingof a total of 3 thousand 50 million pesos that were approved, that is, they stopped spending 19% of the resources authorized by Congress.

“The foregoing is not necessarily positive, since they are resources that were destined to communicate relevant issues to the population, and that possibly due to the lack of adequate planning, they were no longer used,” the organizations said in a statement.

organizations highlight bad habits as a lack of criteria based on suitability, fairness and transparency in allocation, which means that few media outlets take half of the budget established for official advertising.

They also point out that poor planning persists in the exercise of spending, as is the case of “December spending”, which both in the governments of Calderon as in Peña Nieto’s, it also happened. 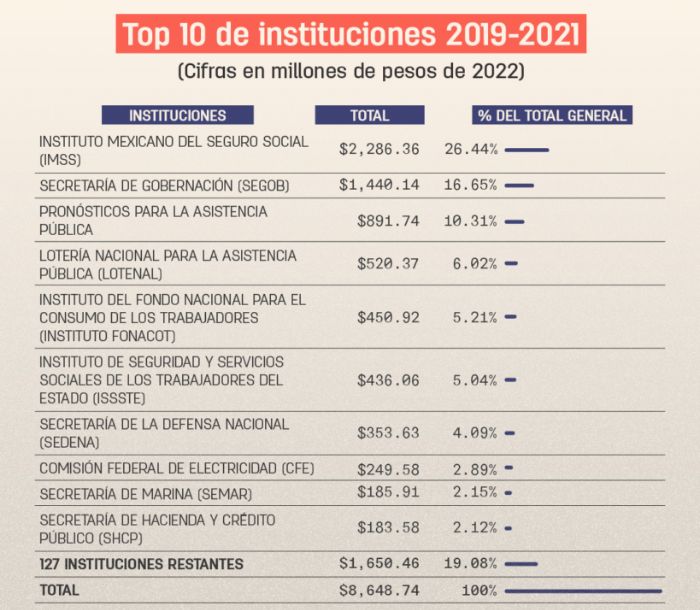 As for spending on official advertising by federal government institutions, the Mexican Social Security Institute (2,286 million pesos), the Ministry of the Interior (1,440 million pesos) and Forecasts for Public Assistance (891 million pesos) are the agencies that have used the most resources in the first three years of this government.

“It is important to point out that the 10 institutions, out of a total of 137, that exerted the most resources in official advertising in the middle of the six-year term, account for 80.92% (6 thousand 998 million) of the general total. While the remaining 127 institutions group 19.08% (1,650 million), ”says the study released this Tuesday.

Regarding the media, Televisa, TV Azteca and La Jornada they are the ones that received the most resources in the first half of the six-year term. Between the three they add up to 2 thousand 552 million pesos, that is, 29.52% of the general total. Televisa has received 933 million; TV Azteca 848 million; and La Jornada 771 million.

from 778 media that received official advertising from 2019 to 2021, 10 of them concentrate 50.01% (4 thousand 325 million) of the resources. While the remaining 768 49.99% (4 thousand 323 million). This reflects the persistence in the concentration of resources in a few media, as we have pointed out on previous occasions. 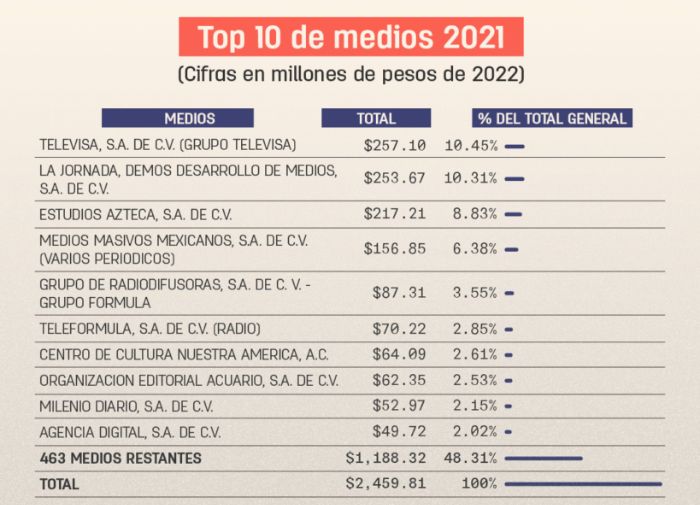 “For all of the above, it is important to continue demanding that the Congress of the Union duly regulate official advertising, an obligation that has not been fulfilled since 2014,” the study denounces.

The organizations recalled that, with the constitutional reform on electoral politician approved that year, the third transitory article ordered Congress to regulate the eighth paragraph of article 134 of the Constitution with regard to spending on social communication.

“This has given rise to a long litigation before the federal courts. To date, despite two rulings by the Supreme Court of Justice of the Nation (SCJN) that order the proper regulation of official advertising, this has not been carried out”.

Finally, they highlighted that almost a year has passed since the last ruling of the country’s High Court in which it ordered the establishment of clear criteria and allocation objectives within the current General Law of Social Communicationbut the Congress of the Union has incurred in non-compliance, for which they demanded that it comply with the ruling.