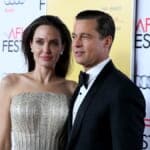 Angelina Jolie has seemingly been identified as the “Jane Doe” who sued the FBI under the Freedom of Information Act, questioning why an investigation into her then-husband Brad Pitt was closed after allegations of physical and verbal assault in 2016.

According to Puck News’ Eriq Gardner, Jolie is indeed the unnamed plaintiff in the suit, which had long been speculated about, given the timeline and the events described. The suit demanded that the bureau turn over documents related to an investigation into Pitt, after Jolie alleged that he had “physically and verbally assaulted” her and their children de ella while traveling on a private plane “several years ago.”

It was also reported that, in a recent update to the filing, a statement of probable cause was drafted and given to the chief of the Criminal Division of the US Attorney’s Office in Los Angeles, before the FBI announced that Pitt would not be charged with assault.

Among the previously detailed allegations reported in the statement by the agent was the accusation that Pitt was drinking and had taken Jolie to the back of the plane, grabbed her shoulders and shook her while yelling, “You’re f—ing up this family. ”

“Later, during this same flight, another physical altercation allegedly took place, and Jolie said she sustained injuries; she gave the agent a photo of her elbow de ella in an attempt to corroborate this, ”according to Puck. “At another point, Jolie says Pitt poured beer on her.”

Pitt has denied the allegations of physical abuse in the years since, and no charges were ever filed. He and Jolie divorced shortly after the alleged incident on the plane.

Representatives for Jolie and the FBI did not immediately respond to TheWrap’s request for comment. 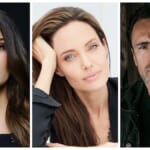