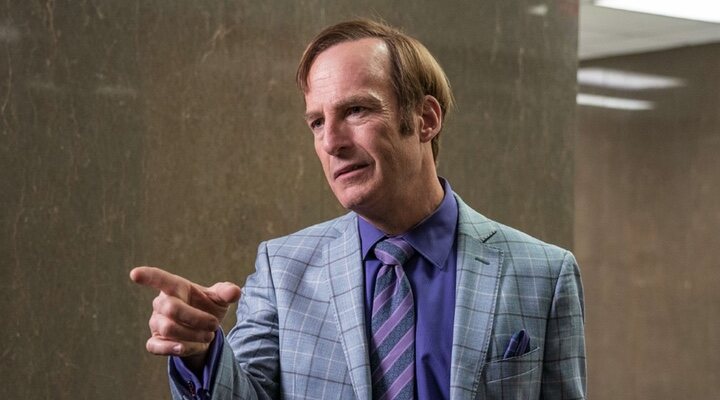 The truth is that, even if you are never prepared for it, Bob Odenkirk has said goodbye to the series he has starred in for the past seven years: ‘Better Call Saul’. The actor, who has given life to Saul Goodman since he was introduced in the second season of ‘Breaking Bad’, already said goodbye to the prequel before the premiere of the sixth and final season, back in February. However, after the arrival of chapter 13 of season 6, ‘Better Call Saul’ comes to an end, and Odenkirk did not want to miss the opportunity to say goodbye, thanking the fans for the love they have shown throughout all this time. .

He has done it through his Twitter account, in which he has published a video of more than two minutes declaring how he has managed to manage all this: “Everyone has been asking me how I feel about saying goodbye to Saul Goodman and ‘Better Call Saul,’ and I’m not good at answering that question because, frankly, I still have a hard time seeing this experience and even my character in perspective. It’s a lot of moving parts that fit together very well and it’s a mystery to me how this all happened.”declared the actor.

Odenkirk has thanked the work of Vince Gilligan and Peter Gould, the creators of the series, claiming that he hopes to have met expectations: “I didn’t do anything to deserve this role, but I hope I earned it for six seasons”. He hasn’t forgotten his castmates and teammates, nor, of course, the fans. “Thank you for giving us a chance, because we got out of a lot of people’s favorite series and we could have been hated just for trying to do another series, but they gave us a chanceand I hope we made the most of it.”.

After six seasons, ‘Better Call Saul’ closes a circle that began in 2008 with the premiere of ‘Breaking Bad’. If we add to this ‘El Camino: A Breaking Bad Movie’, the spin-off sequel focused on the character of Jessie Pinkman and starring Aaron Paul, we are left with a more than compact saga with countless awards to his credit. However, Gilligan has already stated that there will be no more sequels. “It’s tempting to stay longer when you’re having fun at the party. But then you look around and you’re the last person there with the lamp on your head and the hosts are waiting for you to leave. I don’t want to be that person.”.