CNBC Chairman Mark Hoffman to Step Down in September 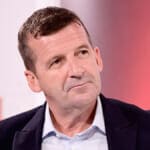 CNBC Chairman Mark Hoffman is stepping down after 17 years at the business news channel. His last day of him will be Sept. 12.

“CNBC stands for something. It impacts the business world, investors, and individuals struggling to make sense of their money. You’ve made a difference,” he wrote in a memo to staff on Tuesday, which was obtained by TheWrap. “How do you measure a business success beyond the financials and KPIs? I’d start by assessing the quality of the team, the enduring strength of the brand, and the prospects for growth. At CNBC, we’re three-for-three.”

He continued, “I’m humbled and grateful to have had this time with all of you and so proud of what we have done together. No matter where life takes me, professionally and personally, I’ll be rooting for CNBC!”

Hoffman has worked in broadcast for more than 30 years and has been with NBCUniversal for 28 of them.

In 2001, he started a new position as President and General Manager of WVIT, NBC’s owned-and-operated station in Hartford.

Hoffman rejoined CNBC as President in 2005, spearheading the network’s digital strategy. He led CNBC to record financial performance 16 out of his 17 years at the helm, including the last two years. He was named Chairman of CNBC in April 2015. 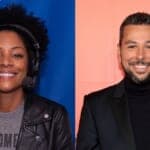