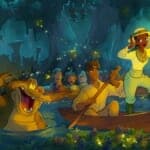 Disneyland Magic Key passes are back after being put on hold to control summer crowding at the Southern California theme park, but prices have gone up significantly.

Magic Key was introduced last August when the Anaheim park re-opened after its 13-month pandemic shutdown. It was available at different price points, ranging from $399 to $1,399 for the Dream Key. With the new pricing, that range now goes from $449 to $1,599.

Beginning Aug. 18, pass holders will be able to renew their Magic Key passes for 12 months, but no new passes will be sold if you don’t already have one, according to the L.A. Times.

The costliest plan is the Inspire Key at $1,599 a year. It replaces the Dream Key and includes unlimited photo downloads and a 20% discount on the Disney Genie+ app, which lets you skip lines on popular rides. But you’ll still have to buy individual tickets from Dec. 21 through Jan. 1 as the pass does not include access during the busy holiday season.

Here are the price changes for the rest of the Magic Key passes:

The Believe Key goes from $949 to $1,099. It has 48 block-out dates around Thanksgiving and Christmas, but includes unlimited digital photo downloads and the 20% discount on Disney Genie+. 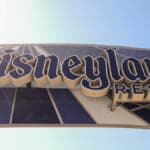 The Enchant Key goes from $649 to $699. It has 149 block-out dates, including most of June and July and the days around Thanksgiving and Christmas. It now includes a 25% discount on standard parking and 20% off the line-jumping app.

The Imagine Key, which is only available to Southern California residents, goes up from $399 to $449. It has 218 block-out dates, which means weekends and most summer dates are out. It includes 25% off standard parking and the 20% discount on Disney Genie+.

last year, a woman who bought the $1,399 pass sued the resort over the policy that requires parkgoers, even those with annual passes, to make a reservation at either Disneyland or the adjoining Disney California Adventure Park.

In May, a judge dismissed Disney’s efforts to have the $5 million suit against Walt Disney Parks and Resorts dismissed. Jenale Nielsen of Santa Clara County filed her suit on behalf of all Magic Key annual passholders, alleging that the resort relegated them to “second class” ticket holders by artificially limiting reservations on a given day. 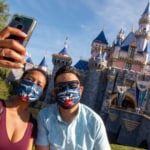