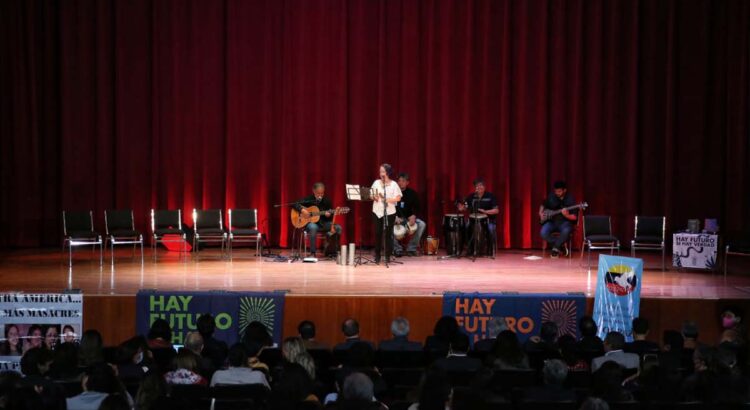 Mexico received the final report of the Colombian Truth Commission about the events that took place in the armed conflict between the Colombian Government and the Revolutionary Armed Forces of Colombia – People’s Army FARC -EP.

During the presentation of the report, Commissioner Alejandra Miller explained that, according to data from the report, there had been 450,000 deaths and 121,000 missing persons, between 1985 and 2018, as a result of the conflict. Of these, 90% were civilians.

He added that 50 thousand people were kidnapped and more than 8 million displaced, plus there were at least 4 thousand massacres and a million exiles.

He added that 16 thousand boys and girls were recruited, although data indicate that the figure could reach 30 thousand.

The Commissioner affirmed that this “level of vitimization in a democracy” was due, on the one hand, to the fact that it was a conflict over political power, while a network of political and economic interests had caused the paramilitaries and guerrillas to rearm.

He denounced that the security model is not based on the protection of human life, rather, it is centered on Cold War mechanisms. In addition, he pointed out that the war on drugs was intertwined with the counterinsurgency fight, which widened the internal armed conflict.

He reiterated that the peace has made it possible to strengthen democracy in the country and it has been the war that has closed the doors.

For his part, Commissioner Carlos Martín Beristain stressed that the 10 million victims, which are equivalent to more than 20% of the Colombian population, give an image of the wound and the impact on the social fabric.

He assured that the commission, which collected more than 14 thousand testimonies, is a great process for listening to the victims. He underlined that Peace in Colombia is a fundamental objective, but for this the truth is needed.

In turn, the Undersecretary of Human Rights, Population and Migration, Alejandro Encinas, reiterated the commitment in Mexico to know the truth, claim the memory, repair the damage and search for disappeared persons, and respond to the state crimes that occurred between 1965 to 1990.

Lastly, he thanked the Colombian commission for its work and received the report they presented.

“Not only will it be a benchmark for the work of the truth commission in the case of Mexico, but also to consolidate a policy so that we guarantee human rights and fundamentally that there is justice, that there is no impunity and that these unfortunate events will never happen again. repeat themselves in our country”, he concluded.

The Colombian Truth Commission was created from the 2017 decree as a mechanism to learn the truth about what happened in the context of the armed conflict in the country and contribute to clarifying the violations committed during it.