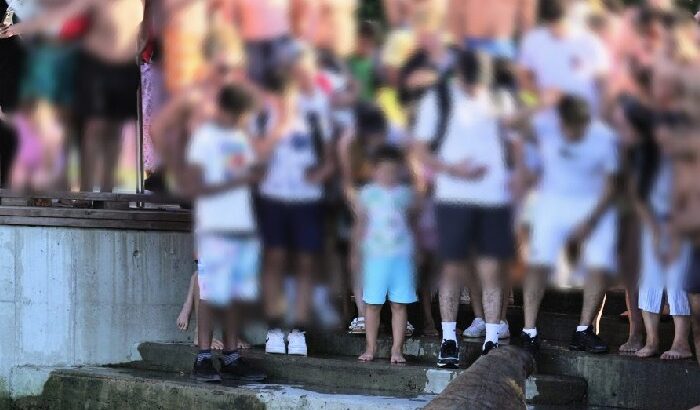 freya, a 600-kilo female walrus that since July 17 chose the waters of the Olso fjord to sunbathe, was euthanized by the Norwegian Government as it was classified as a “threat to human security”.

Jonas Gahr StorePrime Minister of Norway, defended the decision and assured that he was not surprised that the death of the mammal has provoked many international reactions. “Sometimes we have to make unpopular decisions,” he told public broadcaster NRK.

In a statement, the head of the Norwegian Directorate of Fisheries, Frank Bakke-Jensen, explained that they had carefully examined all possible solutions, however they concluded that could not guarantee the welfare of the animal by any means available.

However, among the criticisms of the Norwegian authorities, the fact that the decision was made based on the spectator disobedience.

Freya had been in the place for a few weeks and during the first few days the Directorate of Fisheries observation days to study the situation and understand the resting patterns of the animal. “There is no reason to take other measures”, guaranteed the address on July 23 in a statement.

As a precaution, he asked viewers stay away from the area and avoid contact with Freya. However, both locals and tourists ignored the recommendations of the experts and on repeated occasions groups of people were seen at a minimum distance from the animal.

“It’s a wild animal weighing around 600kg, which is not necessarily as stocky and clumsy as it might appear when resting,” authorities warned.

In subsequent reports from the Norwegian Directorate of Fisheries, experts warned that the animal was stressed by the presence of humans. They reiterated that if people kept “a good distance” from the walrus, dangerous situations would not arise.

On August 11, the authorities issued a warning in favor of the walrus. But the people still did not obey.

“The Directorate of Fisheries seeks solutions to protect both people and animals, and thus prevent dangerous situations from arising. ANDThe public must help us in thisand the best way to do it is to keep a good distance from the walrus, at least 10 meters”, published the management.

Photo via Norwegian Directorate of Fisheries

The walrus was slaughtered last Sunday.

In a Facebook post, Rune Aae, who teaches biology at the University of Southeastern Norway, called the decision rash.

“Sooner or later, Freya would have come out of the Oslo Fjord, as all previous experience has shown, so killing her was, in my opinion, completely unnecessary and another example of trigger-happy weapon handling, so Norway already it is well known”, published the expert who until now was in charge of a public map where people could add observations on the location of the mammal.

“Norway is the country that killed Freya after spending more than two years in the entire North Sea. What a shame!” she lamented.