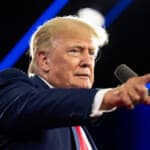 Donald Trump’s former personal attorney Michael Cohen has laid out who he believes will become the twice-impeached former president’s “next scapegoat” now that the FBI has retrieved classified documents from his Mar-a-Lago estate.

During an appearance on CNN, host Don Lemon quoted Cohen as previously saying that “with the walls closing in around [Trump], his next move is to find a scapegoat.” Asked to elaborate on what he meant, Cohen was happy to oblige.

Cohen added that he thinks Trump and his allies are prepared to “throw [Giuliani] under the bus” for both the FBI’s investigation of the classified documents at Mar-a-Lago and the current investigation in Georgia related to whether or not the former president violated the law in an effort to flip the 2020 election results.

Lemon and Cohen also discussed the number of excuses that Trump has given so far for the documents at Mar-a-Lago.

“The president and his allies are really flooding the zone with different explanations for why so many top secret documents were found at Mar-a-Lago,” Lemon posed. Is this a Trump playbook? Overwhelm a story with distraction and deflection?”

“Well, Donald Trump is, as I always call him, Captain Chaos,” Cohen replied. “[His strategy is] to throw as much at the American public that he can in order to confuse them. He truly believes that the American public has like a two-day, maybe if you’re bright a three-day window of remembering what was going on. So he’ll just keep flooding it.”

Cohen added: “He’s scared of the documents they now have possession and control over, because this is documentary evidence. This is evidence that they can use against him.”

You can watch the full segment above. 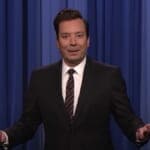