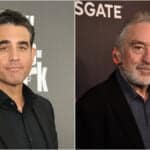 Robert De Niro will re-team with his director on “Wag the Dog” Barry Levinson for a new crime drama called “Wise Guys” that is set at Warner Bros. that would have De Niro playing not one but two of the 20th Century’s biggest crime bosses, according to multiple media reports.

Nicholas Pileggi wrote the original crime script that would follow the stories of Vito Genovese and Frank Costello, the heads of two Italian-American mafia families that went to war and in 1957 led Genovese to attempt to assassinate Costello. And De Niro would be slated to play the roles of both Genovese and Costello in the film.

Pileggi is the author of a book called “Wiseguys” from 1985 that actually served as the basis for Martin Scorsese’s “Goodfellas” from 1990. Irwin Winkler (“Rocky,” “Goodfellas”) is producing.

De Niro will next be seen in David O. Russell’s “Amsterdam” and in Martin Scorsese’s “Killers of the Flower Moon.” Some of his recent credits by him include “The Irishman” and “Joker” also for Warner Bros.

Levinson most recently directed “The Survivor” with Ben Foster, which is nominated for an Emmy this year. 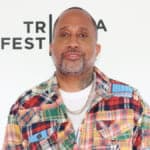