‘The Hunger Games: The Ballad of Songbirds & Snakes’: Rachel Zegler Cozies Up With Tom Blyth in First Look (Photo) 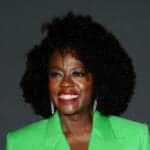 “The Hunger Games: The Ballad of Songbirds & Snakes” has released its official first look image of its young stars Rachel Zegler and Tom Blyth as Lucy Gray Baird and the young Coriolanus Snow.

Based on Suzanne Collins’ novel of the same name, the plot to this highly anticipated prequel film will follow Snow pre-tyranny. As an 18-year-old, he is a top student at the elite Panem’s Academy, selected to train Lucy, a District 12 tribute, who becomes his mentee. Unexpectedly growing closer together (as is teased in the above image), he fights to make sure she wins the Hunger Games at any cost.

Francis Lawrence will return to direct and produce “Ballad of Songbirds & Snakes,” marking his fourth “Hunger Games” film. He previously directed the sequels “Catching Fire” and both installations of the series’ conclusion “Mockingjay.” Michael Arndt, who co-wrote the film adaptation of “Catching Fire,” returns to adapt “Songbirds and Snakes” with Collins and Michael Lesslie. Collins will also serve as executive producer with Tim Palen, with series producer Nina Jacobson returning to produce with partner Brad Simpson.

Co-starring in the film are heavy-hitters like Oscar winner Viola Davis, Jason Schwartzman and Peter Dinklage. It’s due to hit theaters on Nov. 17, 2023.