The White Lotus Cast on Filming White Privilege in Paradise 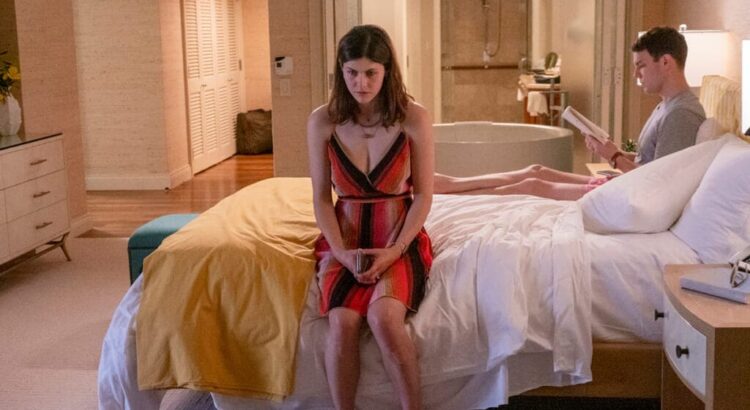 A version of this story about the cast of “The White Lotus” first appeared in the Down to the Wire: Drama issue of The Wrap’s awards magazine.

HBO’s limited series “The White Lotus” might just have been the buzziest show of last year, in no small part thanks to its gifted cast. The Television Academy clearly agreed, with 20 Emmy nominations overall for the series, eight of which recognized actors on the show created by Mike White. Season 1 of the anthology series focused on the guests and employees of a luxurious Hawaiian resort, part of a global chain called White Lotus. It drew stark relief between the lives and problems of those wealthy enough to enjoy the resort and those who serve them, a cutting and clever look into income inequality, colonialism and many of the issues that arise in its wake.

Murray Bartlett, Connie Britton, Jennifer Coolidge, Alexandra Daddario, Jake Lacy, Natasha Rothwell, Sydney Sweeney and Steve Zahn all scored Emmy nominations for their work on the series, which was shot in trying circumstances. “It was lockdown. It was the pandemic. We were all suffering from trauma and I think my perspective on my career had shifted at that point because I wasn’t thinking about things the same way,” said Daddario, who played newlywed Rachel. “It was a chance to go to Hawaii and get out of this churning hamster wheel of trauma and fear, but also to work with Mike White and all of these incredible people. The whole thing was very surreal.”

Lacy, who played Rachel’s husband, Shane, saw in the series an opportunity to dissect some of the roles he’d found himself in previously. “Things I had done prior to this, I was a good, stable friend, boyfriend, husband, date,” Lacy said. “The joy in ‘The White Lotus’ was weaponizing that in a way. Shane thinks he’s a great guy, a stable, reliable, thoughtful, modern man, but he is a selfish child in most ways. I was thrilled to push back against that.”

Rothwell, who plays long-suffering White Lotus staffer Belinda, agreed that many of the characters on the show were deeply flawed, but said she was fascinated by how audiences internalized what they watched. “I don’t think the characters are inherently bad people, but I think they are just wildly blind to their privilege and how they benefit from a system that’s broken,” she said. “But they’re not beyond redemption.”

Perhaps the best example of that character is Coolidge’s Tanya, a wealthy woman who has been ravaged with grief and pain, but remains unable to make true connections to people around her. The actress has her own reasons for why she was able to empathize with Tanya and, really, any of her characters from her. “There are so many important things, survival things, that I’m missing as a human being,” she said. “A lot of people I know do have these qualities, and I admire them. I feel like I got ripped off in a lot of areas because I don’t have any of that. But I do feel like I have the ability to feel other people’s sadness, maybe because I struggle with my own depression. Maybe that’s the one thing I got.”

Whatever any of the performers felt about their characters, it does seem like a common thing among them is the spiritual experience that was making the series together. “Every night, if you weren’t working in the evening, you would run down to the beach and see these heads bobbing out in the water, watching the sunset. We would just gather whenever we were free, watching the sun go down and looking for the green flash,” recalled Zahn. “We weren’t actors. We weren’t shooting. We were just human beings floating during the pandemic, watching the sun go down, every night. And every night I think we realized just how privileged we were.”