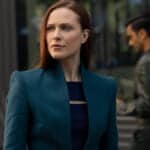 As is customary with “Westworld,” the HBO sci-fi series’ Season 4 finale ended with plenty of surprises, and left viewers with a number of lingering questions. Luckily, TheWrap spoke with co-creator and co-showrunner Lisa Joy about that Season 4 finale ending, crafting the season as a whole and what might be next for the series if it gets renewed.

Indeed, HBO has not yet ordered a fifth season of “Westworld,” but Joy is hopeful they do because Season 5 is planned to be the conclusion to the story that she and co-creator Jonathan Nolan began all the way back in 2016.

Below, Joy answers some burning questions we had after that finale including what’s up with Dolores’ test, why Charlotte Hale made that game-changing decision and whether humanity really is toast.

Was That a Series Finale?

Despite the deaths of a number of characters, the Season 4 finale was not planned to serve as a series finale, and Joy is crossing her fingers for a renewal so they can finish out their story in Season 5.

“We had always planned on ending the series next season. You know, we always thought that Westworld should kind of come full circle and back to the West. But with Dolores, who was just a player in other people’s games, finally getting to write her own de ella. Just to close up a lot of the stuff that we’ve seen before like the flashforward with The Man in Black and everything, so we have a plan for Season 5 but you know, life can make other plans for you. So we’ll just hope for the best.”

What Is Dolores’ Test?

The episode ends with Dolores spinning up one final test, conjuring the Westworld of Season 1 inside the Sublime. So what, exactly, is this test designed to do?

“I think that she’s in for one final test of humanity and hosts, honestly, and going with this idea of ​​extinction is terrible but is not something we’re immune to. And is it that no matter which version of humans and hosts exist, we will all inevitably lead to this kind of infighting and ending? She was brought up in a world dictated by Ford and by a set of rules and a set of leaders that she spent time kind of growing up under and resisting and dying for, only to be reborn as a different person into a different regime. There’s something to be said for different leadership styles, the inheritance of different cultures and how, if at all, it can change or shape the ability for human civilization to continue.”

So it sounds like Dolores is looking to see if humans and hosts are destined for extinction, or if by changing the storyteller – ie her instead of Ford – they can be set on a path towards harmony and survival.

Why Did Charlotte Decides to Give Dolores a Chance?

One of the biggest surprises of the finale was seeing Charlotte’s turn, in which she opted to upload Dolores/Christine into the Sublime and allow her the chance to run a game of her own. Afterwards, Charlotte puts an end to her own life.

So why the big change after essentially serving as the season’s Big Bad? Joy talked about the complexity of the Hale character, and how she evolved into her own being de ella despite being based on a Dolores pearl.

“Even though Hale was recreated with some of Dolores, I started to just really feel like she became her own Hale. That’s just my feeling,” Joy said. “In my mind, Hale is a really different entity. Far more standalone than even the Man in Black — the Man in Black never really got to get away from his predecessor. I loved Hale’s arc because I wanted to show, to me, what is the epitome of power but also grace. So for me, her death of her at the end is n’t a loss. It’s a choice that’s kind of beautiful. She was a god. She knew what it was like to be immortal, to have very little resistance and to have anything she wanted. And yes, she was a bit bored and no, it wasn’t all going as planned. And I think there’s something wonderful about it at the end, the way that she’s looking at the world kind of accepting it and noticing its beauty and knowing that she’s kind of experienced so much in that life, including being God, and maybe immortality isn’ t for everyone. Maybe there’s a time at which it’s best to be at peace and let the next thing come, whatever that is, to just make room for something outside of yourself.”

Joy added that Hale’s arc resonates with her particularly as a parent.

“As a parent, that strikes me all the time. Maybe when I was a teenager, I wanted to live forever, but now I think there are a lot of kids in this world and people have a really good run of it if they’re lucky. But it’s wonderful because change happens with revolutions, even if it’s in generations of people and the revolutions of thought that they bring with them.” 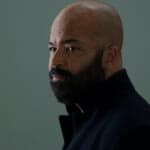 Is Everyone on Earth Really Dead?

Yes, as it is laid out in the series, sentient life on Earth is about to go extinct. And Joy says the basic idea was pushing back against humanity’s hubris.

“I mean, it kind of makes sense, right? We’re humans so we like to think that humans are forever, that this is it. That we’re the best, the happily ever after, and that a mass extinction event surely would not happen to humans like it did, say, dinosaurs who were around a lot longer than humans. We tend to, individually and collectively, think despite evidence to the contrary that suggests some difficult things are coming down the pike that we’re going to be okay.”

Joy continued, “That is the anthropocentric bias, you know, but we’re running a show that’s supposed to step out of the anthropocentric bias and be like an AI looking in. So in doing that, we try to, in some ways, step out of our own hubris and say, ‘Well, does it make sense that we’d be the one species to not be subject, in the entire span of time, to an extinction event?’ Like, even when caused by ourselves when we use so many resources and have created so many things that could possibly destroy us? It just didn’t seem statistically likely that we wouldn’t hit some kind of trouble right.”

What Was the Idea Behind Bringing Dolores Back?

The end of Season 4 reveals that Christine (Evan Rachel Wood) is something of a reconstituted version of Dolores, albeit locked in a cage of Charlotte Hale’s (Tessa Thompson) design where Christine writes the stories of the humans kept in Charlotte’s loop. Joy said they always had a long arc in mind for Wood’s character.

“We knew that we wanted her to evolve in all these ways from kind of victim to the sort of aggressor and then to this person who was misunderstood but trying to make it work and then dies. But we weren’t yet done with her story of her and the story of an AI in general, which is you’re not beholden to a physical form, right? You can live in a non-physical world and still have thoughts and even make up your own little friends to play with (laughs).”

So, Is Christine Dolores?

“We actually had a shot at the end of third season where you see them dragging off Dolores’ body,” Joy said. “The Man in Black drags it out for Charlotte. So it’s like, they kind of reconstituted her pearl de ella and made her active again in terms of her mind de ella, but Hale would never want somebody as strong as Dolores wandering around in her world de ella. So she kept it as a purely digital mind and not a corporeal one.”

What Will Happen in Season 5?

Again, HBO has not yet renewed “Westworld” for a fifth season, but Joy said they began mapping out the series’ endgame back when she and co-creator Jonathan Nolan were writing the pilot.

“It’s funny, we had this planned out even when writing the pilot which is bizarre. We’re like, well if we’re going to tackle all these things, what is the point we’re trying to make at the end?”

So what’s the end game? It’s a return to the West.

“It’s not an accident that they’re returning to the west, as Westworld, and this time with a completely different storyteller in charge,” Joy said. “I think point of view can drastically change the meaning of any kind of story or existence, and now it’s her turn from her. How often do you get to see the damsel in distress become the leader of a society? Somebody who went through what she did, I mean, look at our world now, how often does that happen and who holds power in most civilizations? It’s not a person or creature like Dolores. And so to be able to see the test for what that would look like, to see how the lessons she’s learned — and she’s learned specific lessons based on her de ella own [experience]. She was a “thing” to people. She lived through countless lives and reboots where she was at the mercy of guests in a park, indulging in their vices and id. Ella she’s seen a lot of human nature, and maybe enough to know how to structure something or give a game in which some kind of hope for it might emerge.

Here’s hoping we get to see it. 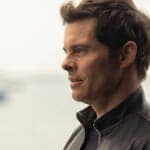