Will There Be Another Breaking Bad Spinoff? 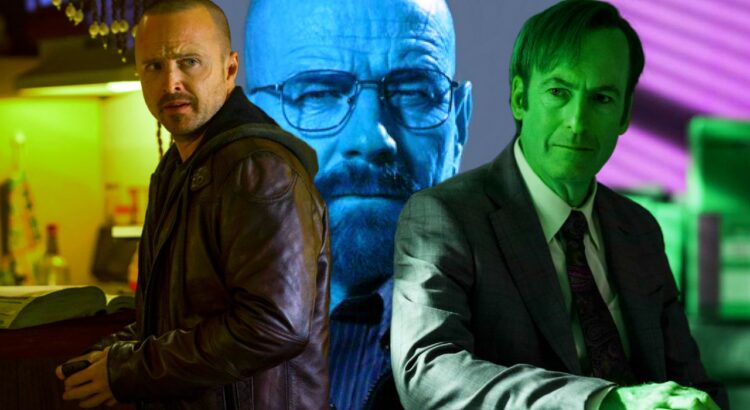 Spoilers for the Better Call Saul finaleThe success of AMC’s breaking bad has led to multiple spinoffs, and it’s only fair to wonder what’s next after Better Call Saul‘s series finale aired on Monday. the breaking bad universe has been slowly expanding since the show’s final season in 2013. While the two major spinoffs are Better Call Saul and El Camino: A Breaking Bad Moviethere’s more content inspired by Walter White’s Heisenberg journey than just the mainstream heavy hitters.

breaking bad creator Vince Gilligan shared an update in a recent rolling stone interview about the possibility of more breaking bad spinoffs. Vince Gilligan can”definitely imagine revisiting it“but noted,”there’s a certain point, and it’s hard to define, where you’ve done too much in the same universe. just leave it alone.” While that’s not exactly the most encouraging news, it also means the door is still technically open for more breaking Bad spinoffs in the future. If more spinoffs do happen, a vast treasure trove of complex characters remain available for further exploration. Their complexity also means well-established characters like Gus Fring could return yet again, while someone people haven’t seen in years like Hank Schrader could be worthy of a spinoff.

What Could The Next Breaking Bad Spinoff Be?

Giancarlo Esposito’s Gus Fring was one of television’s most chilling villains in breaking badand he made a welcome return in Better Call Saul. Not only has Giancarlo Esposito expressed interest in reprising his role, but Better Call Saul season 6 has a Gus Fring’s backstory tease that sets up the potential for a Chicken Man prequel. Nacho Varga (Michael Mando) and Kim Wexler (Rhea Seehorn) could also be prime contenders for spinoff series after quickly becoming massive fan-favorite characters in Better Call Saul.

However, if the desire is to return to breaking bad‘s roots, Hank Schrader (Dean Norris) would be an excellent choice. Hank Schrader was one of breaking bad‘s best characters, made a nice cameo in Better Call Saul season 5, and his name came up multiple times in the Better Call Saul series finale, including a moving monologue/tribute from his wife Marie Schrader (Betsy Brandt). From an unintentional comedy standpoint, a Mike Ehrmantraut prequel/spinoff with Jonathan Banks coming back and continuously playing younger versions of the same character could also be great just to reignite Better Call Saul‘s de-aging controversy.

Almost every relatively important breaking bad or Better Call Saul character has potential for a spinoff. That is the beauty of having well-written, incredibly complex characters; their journeys are never truly over. In the same vein, it’s also true that Vince Gilligan’s breaking bad journey may not be truly over either.