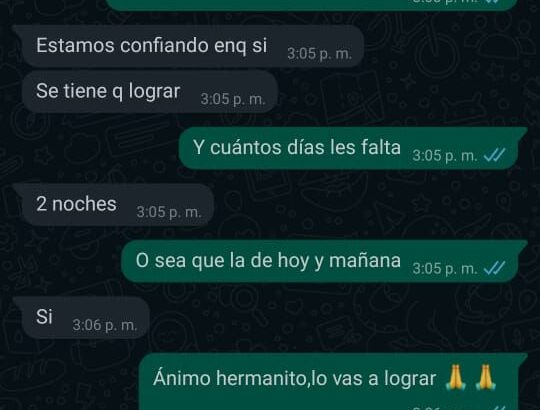 Oaxaca, Oax.- His photograph is placed on the wall and below an altar with flowers and a candle. The family of Benito Muñoz, Oaxacan immigrant who died in the desert of Tucson, Arizona, on July 18, he anxiously awaits his repatriation to bury him.

The Benito’s body is in the morgue in Arizona, his return to San Felipe Tejalapa in the municipality of Etla, has been possible through collection made by Oaxacan countrymen based in the United States and from donations requested by his sister, Rosa, on social networks.

Rosa recalled that her brother’s greatest dream was to work for his two minor daughters. He left Oaxacan territory on June 27, and his last connection was on July 17, from then on he was no longer heard from.

The authorities help little, or almost nothing, I had to go through all the means until I spoke with a deputy who told me that they would help me bring my brother from Mexico City to the community totally free through the Oaxacan Institute of Attention to the Migrant (IOAM), but nothing from the United States to Mexico, and so I asked for help and fortunately Oaxacan countrymen and also living there cooperated and now we are just waiting for my little brother to arrive at my house.

My brother was a worker, but it wasn’t enough for him, he told me the last day he was leaving, that he already had everything planned, so what I did was monitor him and in his last message he told me that I had been in the desert for two days, but I no longer had water or food.

Benito was trying for the second time to get to the United States and work, his sister said.

See also  Explanation of the 3 vision versions of the MCU

“He traveled with his wife, she did make it, but he didn’t. In the desert he no longer resisted and apparently died of dehydration,” he said.

A taquero by trade, Benito was cheerful and his only concern was to improve his living conditions.

“Cheer up little brother, you’re going to make it, tqm” was the last message that his sister sent him on July 17 and to which his brother responded with “I also love you very much”, from then on it was not known until July 18, when they told him that he had already died.

Rosa is grateful to civil society for helping her, because otherwise, her father would sell his only heritage, which is his home, in order to repatriate his brother’s remains.

He regretted that the authorities did not provide the requested assistance.

I sought official help through the Consulate, which we know is aware of what is happening, but nothing happened, it is a shame because my brother’s case is not the only one, there are many countrymen in the morgue without being able to be repatriatedand the worst thing is that the local authorities do not help either, the pain is so great that one moves mountains to achieve it.

He asked for a little more “humanity” on the part of the authorities and that they carry out their work, because he said “there are resources in the state, because that is why we pay taxes.”

In addition to Benito Muñoz, there is at least three Oaxacans whose relatives seek to repatriate them, but they have not succeeded. It’s about the brothers Carlos Enrique and Edgar Mendozafrom Tuxtepec, and Juan Jesús Díaz Trinidad, from San Dionisio del Mar, Oaxaca.