Why Are All Those Shows Leaving HBO Max? It’s Complicated 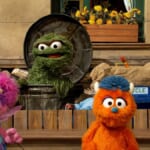 In the wake of Warner Bros. Discovery’s merger, HBO Max has removed a host of titles, prompting a single question — why?

Earlier this week, HBO Max thinned its library with the removal of 20 originals and an additional 16 movies. Some of the impacted titles were the one-season cult queer series “Genera+ion,” and animated shows like “Infinity Train” and “Summer Camp Island.” The streamer also announced that select “Sesame Street” specials would be cut, which turned out to be around 200 episodes of the iconic children’s show.

So why are so many titles dropping from the streaming service?

Well, the answer is both simple and complex. For starters, the parent company, under the leadership of CEO David Zaslav, is moving toward combining the two separate streaming services that now live under the same Warner Bros. Discovery umbrella — discovery+ and HBO Max — by 2023. Zaslav shared that news on the company’s recent Q2 investors call.

As they work to combine the services, we’ve already learned that HBO Max is importing some of the Magnolia Network programming (curated by Chip and Joanna Gaines), with titles like “Fixer Upper: Welcome Home,” “Magnolia Table With Joanna Gaines ,” “The Lost Kitchen,” “Growing Floret,” “Family Dinner With Andrew Zimmern,” “Restoration Road With Clint Harp,” “Maine Cabin Masters” and all five seasons of “Fixer Upper” available from Sept. 30. Meanwhile, a CNN tab launched on discovery+ on Friday.

Strategy at HBO Max is also changing with kids and family programming, and unscripted shows are no longer a priority at the HBO Max portion of the merged company. In fact, there were around 70 people laid off across those divisions earlier this week. That explains why many children’s titles are either being scaled back, like “Sesame Street,” or removed altogether, like the UK animated secondary school series “Dodo” or “Esme & Roy.”

See also  'Euphoria': Who is Elias Kacavas, the young Cal Jacobs of season 2

A couple of weeks ago, the $90 million DC film “Batgirl,” was shelved, as was the animated “Scoob! Holiday Haunting.” That reportedly was due to cost-saving measures that will come from tax credits. Zaslav has been implementing cost-cutting efforts as the company seeks out about $3 billion in synergies and looks to pay down debt that has ballooned to more than $50 billion, as TheWrap previously reported.

And a similar strategy seems to be in place at HBO Max. Not via tax credits, but there are financial implications to the company’s decision to pull original shows and films. Even if HBO Max owns a show, there could be monies owed in areas like residuals the longer a program stays on the streaming platform. 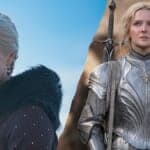 If a homegrown show isn’t attracting strong viewer numbers, it makes sense from a financial perspective. We know that HBO Max does plan to keep the unscripted programs that perform well, so if something is being cut, the logical conclusion is people aren’t watching.

Cutting programming from a streamer isn’t anything new. Netflix made headlines earlier this year following higher revenue and subscriber losses. Its animation department was particularly hard-hit in the kids and family space.

The streamer scrapped its long-delayed adaptation of Jeff Smith’s beloved comic book series “Bone,” which was being turned into a kids series. Additionally, in May, Netflix pulled the plug on animated projects like “Wings of Fire” from executive producer Ava DuVernay, the preschool series “Antiracist Baby” and “With Kind Regards From Kindergarten,” though the streamer said these were not cost-related cuts. among the impact projects that month were Prince Harry and Meghan Markle’s “Pearl,” as well as “Dino Daycare” and “Boons and Curses” — all kids’ animated programs. 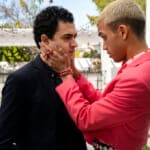