Idris Elba Fighting A Lion In Beast Is No Match For Dragon Ball Super: Super Hero At The Weekend Box Office 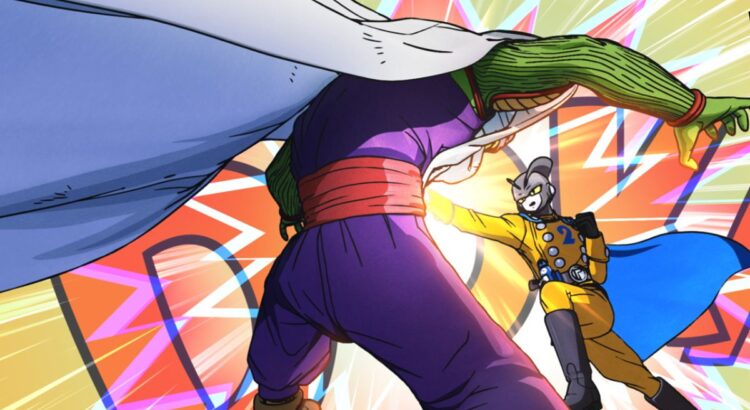 It has been often repeated in the last few months how amazing summer 2022 has been for the box office. The theatrical industry was rocked in many ways during the pandemic, but we’ve seen hit after hit come out since early May, with big winners including Joseph Kosinski’s Top Gun: MaverickColin Trevorrow’s Jurassic World: DominionSam Raimi’s Doctor Strange In The Multiverse Of Madnessand Kyle Balda’s Minions: The Rise Of Gru. Unfortunately, things have been slowing down a bit since August started – and that’s opened the door for a mid-month surprise and an unconventional top film at the box office.

While one may have thought that a thriller featuring Idris Elba going toe-to-toe with a ferocious lion would be exactly the kind of movie that would succeed in late summer, Baltasar Kormakur‘s Beast failed its bid to become the new #1 Movie In America, as that title now belongs to Tetsuro Kodama’s Dragon Ball Super: Super Hero. Check out the full Top 10 below, and join me after for analysis!

Dragon Ball Super: Super Hero Sits At The Top Of The Domestic Box Office Chart As Anime Fans Show Up In Big Numbers

Those who have been tracking the weekend box office results since the start of the pandemic will note that Dragon Ball Super: Super Hero is the first anime title to make it to the tippy top of the domestic chart, but the success of the new movie is arguably part of a trend we’ve been seeing since last year. It started in April 2021, when Simon McQuoid’s Mortal Kombat dealt with some serious competition from Haruo Sotozaki’s demon slayer in its second week of release. The latter film ultimately took the #1 spot seven days later.

The popularity of Japanese animation also made a significant dent on the box office back in March. When Seong-Hu Park’s Jujutsu Kaisen 0: The Movie premiered, didn’t sell quite enough tickets to out-gross Matt Reeves’ batman in the superhero movie’s third weekend, but it did push Reuben Fleischer’s Uncharted to third place for the first time, making $18 million in its first three days.

Released by Crunchyroll domestically, Dragon Ball Super: Super Hero is the first anime film since the start of the pandemic to be released in the United States and Canada and be declared the highest-grossing title in its opening weekend. The estimates say that it won’t make as much in its first three days as the aforementioned demon slayerwhich made $22.8 million when it came out in April 2021, but the $20.1 million it made is huge, and was more than enough to secure the franchise movie’s position on the chart (per The Numbers).

Dragon Ball Super: Super Hero is the twenty-first feature film in the dragon ball franchise, and the movie’s performance in the United States and Canada is exceeding what the anime was able to do in Japan (where it was released back in June). According to Box Office Mojothe film has made $18.1 million outside of North America.

Exactly how sustainable the success will be is a big question mark at the moment. The other anime movies I mentioned all tended to have front-loaded opening weekends, with dedicated fans showing up in the first few days of the feature’s release, and then leaving the film to fade from the box office rankings. It’s unclear if that will happen with Dragon Ball Super: Super Heroand that’s mostly because of the circumstance that led to the movie’s success in the last few days: a lack of big competition.

Beast Does Only About Half The Business Of Dragon Ball Super: Super Hero And Settles For Second Place

while everyone behind Dragon Ball Super: Super Hero is likely celebrating the film’s the domestic release this weekend, there isn’t too much to be celebrated about the box office earnings for Beast. The new creature feature thriller featuring Idris Elba protecting his family from a revenge-seeking lion wasn’t made with a ridiculous budget – $36 million, according to Variety – but the movie has a long way to go before its considered a financial success following its $11.6 million debut.

Beast earned middling reviews in the middle of last week, and it seems that it has translated to mediocre earnings. The total from its first three days in release means that it had just the twenty-ninth biggest opening weekend of 2022 thus far, the film having made less than Robert Eggers’ The Northman back in April ($12.3 million) and more than what Roland Emmerich’s moon fall made when it came out in February ($9.9 million).

On the hunt for silver linings, one bit of good news is that Beast‘s box office numbers are being bolstered by overseas performance. The film was released in a number of foreign markets earlier this month prior to its domestic release, and thus far that has translated to an extra $10.3 million added to its worldwide totals. To date, the movie has made $21.9 million globally – but it will need to make a hell of a lot more than that if its going to be looked at as a success.

Looking ahead, next weekend will bring summer 2022 to a close – but will it conclude with a bang or a whimper? Everyone behind Jessica M. Thompson’s The Invitation and George Miller’s Three Thousand Years Of Longing are surely hoping for the former, as the pair of titles will be arriving in wide release. How will they shake up what we see in the Top 10 above? Be sure to return here to CinemaBlend next Sunday to find out – and you can get a look ahead of what’s in store from fall and winter with our 2022 Movie Release Schedule.

See also  AMLO attacks against powers of the Legislative and perpetuates militarization: Amnesty