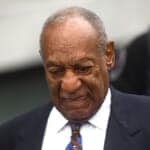 The women, who claim the assaults happened in the 1970s when they were children, said their fathers worked with Foremen and that during that period Foreman groomed them prior to the alleged assults. The women each seek over $25 million. Their identities have not been disclosed and they’re referred to by the pseudonyms Gwen H. and Denise S in the filings. The women are now in their 60s, according to the filings.

Foreman has firmly denied the accusations, which the boxer says are attempts to extort him.

“Over the past six months, two women have been trying to extort millions of dollars each from me and my family,” he said in a statement obtained by TheWrap. “They are falsely claiming that I sexually abused them over 45 years ago in the 1970s. I adamantly and categorically deny these allegations. The pride I take in my reputation means as much to me as my sports accomplishments, and I will not be intimidated by baseless threats and lies. I am, and always will be, guided by my faith and trust in God. I will work with my lawyers to fully and truthfully expose my accusers’ scheme and defend myself in court. I don’t pick fights, but I don’t run away from them either.”

An amendment to California’s statute of limitations passed in 2020 has given victims of childhood sexual assault more time to sue, allowing suit within five years of discovering an injury resulting from the assault.

The women suing Foreman claim “physical and mental pain and suffering” which they say they realized at an unspecified date. Their lawsuits were brought under pseudonyms. Foreman is listed as a Doe defendant, but he is identified as a former professional heavyweight boxer who went professional in 1969 and defeated Joe Frazier for the heavyweight championship in 1973.

One woman from Los Angeles County, Denise S. said she met Foreman at 8 years old and was groomed by him for the next few years. 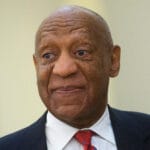 According to the suit, Foreman then raped her multiple times in 1976.

The other woman, Nevada resident Gwen H., said Foreman invited her to his apartment when she was 15 after she had met him years earlier in Philadelphia.

“DOE threatened that if she didn’t comply, her dad would lose his job,” the complaint states. “DOE then instructed Plaintiff to remove her clothes from her. Feeling the duration and coercion of this threat, Plaintiff complied with DOE’s commands.”

Foreman raped her multiple times until she was 16, according to her suit. 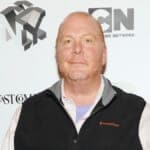