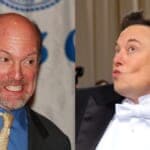 CNBC has debunked a report from Good Luck, Have Fun — a Swedish gaming and e-sports outlet and content partner of USA Today’s For The Win — that Amazon was preparing an offer to acquire Electronic Arts.

CNBC’s Joe Kerner and David Faber indeed had fun with it.

While speculation has emerged through the industry in recent weeks about a potential buyout for the video game company, particularly after Microsoft purchased Activision Blizzard for $69 billion earlier this summer, there was more smoke than actual fire in this instance. Still, the rumor was powerful enough to cause EA’s stock to climb 4% in pre-market trading, per CNBC.

“The stock was trading up on a Swedish media report, a Swedish meatball report, that said Amazon.com was set to announce an offer to buy the video game company,” Kerner said Friday on “Squawk Box.”

Faber’s sources revealed that the original report was false and For The Win has added an Editor’s Note to its report noting that it “violated our editorial standards regarding the use of unnamed and unvetted sources.”

“I have talked to some people who would actually know if there was something going on,” Faber said on “Squawk Box.” “They say there is nothing going on.” 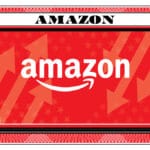 Watch the full CNBC segment at the top of this post.

EA, home to the popular “Madden” and “FIFA” franchises as well as “The SIMS” and “Need for Speed” series, has reportedly been in talks with Disney, Apple, Amazon and Comcast’s NBCUniversal over a potential sale this summer. Amazon already owns the popular streaming service Twitch, which many gamers use to livestream their online activities, and announced this summer that it plans to acquire iRobot (for $1.7 billion) and One Medical ($3.9 billion).

See also  Where Is Real-Life Charles Cullen From The Good Nurse Now?