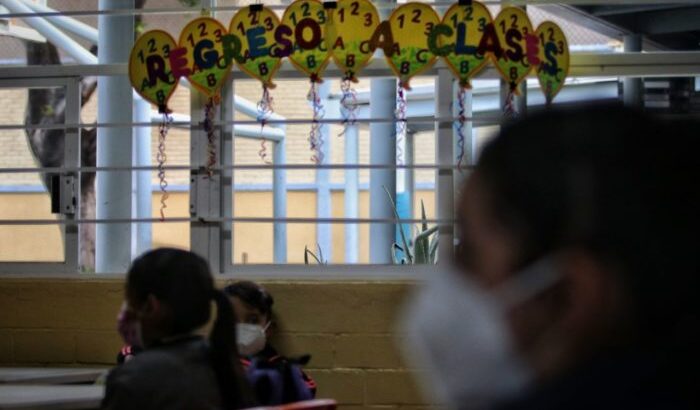 The Secretariat of Citizen Security (SSC) of the capital, will implement a prevention, security and road operation, with the deployment of about 7 thousand police officers for the “Back to Classes 2022”, in order to safeguard the physical and patrimonial integrity of the teaching staff, students and parents.

This August 29, the preschool, primary and secondary education students of the public and private schools of the 16 mayors of the capital, as well as the teaching staff between teachers and administrators, return to classes.

The SSC detailed whate preventive actions will begin at 06:00 on Monday, in which 6,600 preventive police officers will participate, from the Banking and Industrial Police (PBI), from the Auxiliary Police and 200 from the Undersecretary of Traffic Control.

For the execution of said actions, 1,900 official vehicles, motorcycles, cranes and three Condor aircraft will be deployed to carry out prevention overflights and surveillance in support of ground personnel, detailed the unit in charge of the security of the capital.

To guarantee the integrity of the 👧 and 👦 students, 🧑‍🏫 teachers, 🙋‍♀️ mothers and 🙋‍♂️ parents during the return to school ➡️🎒🏫, the @SSC_CDMX It will have more than 8 thousand elements 👮👮 ♀️ from different corporations throughout the City.#Safe city pic.twitter.com/6780zcwfcQ

The Back to school will also be coordinated with the operators of the C2 Command and Control Centers, and the Command, Control, Computing, Communications and Citizen Contact Center (C5) of Mexico City, in order to monitor traffic crossings and speed up circulation where there is some road congestion, derived from the increase in vehicular traffic.

Similarly They will implement road works with elements of the Undersecretary of Traffic Control, who will guarantee both vehicular and pedestrian mobility, to facilitate the arrival of the students to the campuses, and the accesses to the schools will be guarded to avoid accidents.

Likewise, motorists will be instructed in order to avoid an infraction for parking in prohibited places in campus areas that may generate a decrease in road capacity, contravening the Traffic Regulations.

In support of the operation, the Undersecretariat for Citizen Participation and Crime Prevention, through the School Safety Directorate, will deploy 150 elements in 21 school circuits, such as Revolution Circuit, Casco de Santo Tomas, Republic of Chile Circuit, among others, which include 65 basic education schools.

The Secretariat of Citizen Security will be present in the schools of the City supporting safe trails, but a permanent presence will also be maintained on the campuses and in the work with mothers, fathers, teachers and directors, through workshops, talks and sociodramas on 30 topics, such as prevention of crimes on the Internet, telephone extortion, education and security , culture of peace, emotional backpack, and addiction prevention.

The SSC recommends that during the start of face-to-face classes, sanitary measures are followed such as the mandatory use of face masks and a healthy distance, scheduling your transfer times, not parking in prohibited places or in a double row, and respecting the instructions of the Transit staff.