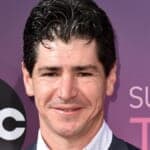 Alessandra Rosaldo, the wife of actor Eugenio Derbez, who reported on Tuesday that the actor was undergoing “very complicated” surgery after an accident, shared an update on Wednesday that the surgery had been successful.

“To all those who have been watching Eugenio, I want to inform you that fortunately, after a long and complicated surgery, he is recovering,” Rosaldo wrote in Spanish on Instagram, adding, “the surgery was a success. From now on he starts his recovery.”

She expressed thanks to “God who guided the hands of the doctors,” as well as the specialists and nurses. She also thanked the “countless expressions of affection, messages, good wishes, blessings, prayers, and the light that you sent us.”

In her initial post about Derbez’s surgery, she wrote: “The operation is very complicated, but it does not compromise his health,” and that the recovery process would be long and difficult. She did not share further details about the nature of his injury or the accident.

Rosaldo also shared a message on Derbez’s Instagram story that the actor would read and respond to the messages of support, “in due time, when it is prudent for his health.”

Derbez began his career in Mexican sitcoms in the early 2000s. His films of his in the US include “Dora the Explorer,” “Overboard” and “How to Be a Latin Lover.”

He played Emilia Jones’s music teacher in the Oscar-winning film “CODA,” for which he and the rest of the cast earned a SAG ensemble award. 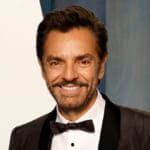