How much did Mikhail Gorbachev earn for appearing in the Pizza Hut commercial? 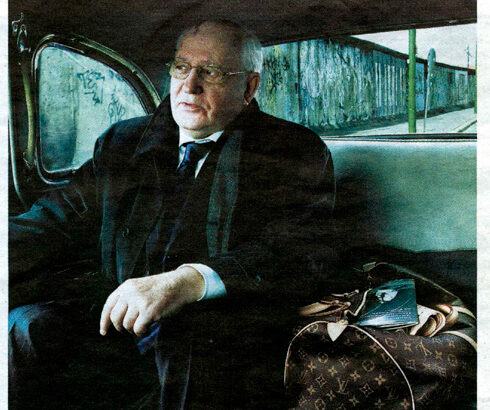 Mikhail Gorbachev, the leader who ended the Cold War without bloodshed but was unable to prevent the collapse of the Soviet Union, is remembered as one of the key figures of the 20th century.

Outside the geopolitical world, he is also remembered for his appearances in popular culture; for example, his showy and controversial participation in the commercial for the American chain pizza hutin 1997.

In said commercial, you can see the last leader of the Union of Soviet Socialist Republics (USSR, for its acronym in English), toasting in Moscow, accompanied by his granddaughter and with a slice of pizza on the table, inside a brand restaurant.

“Gorbachev agreed to pay tribute to capitalism and its fattest branch: American fast food”, can be read in an article published by Alessandra Stanley, for New York Timeswhere the journalist narrates what happened in that year.

The last leader of the Soviet Union was unable to prevent the collapse of communism. So he has now conspicuously taken his place on the winning side.

Mr. Gorbachev said he was not exactly sure how much he was being paid, but some reports indicate that his fee is closer to $1 million (dollars).

The amount of money collected Mikhail explained to the New York Times at the time, “it was urgently needed to finance his foundation, a research institute that bears his name.

But that is not the only appearance of the leader, originally from a Russian-Ukrainian peasant family, in the Western world after the fall of the USSR; Gorbachev lent his image to Louis Vuitton, the distinguished house of French origin, in August 2007.

“In one ad, Annie Liebovitz photographs him sitting in the back of a car driving past what remains of the Berlin Wall, a reminder, no doubt, of his historic role in dismantling it. On the seat next to him is a classic brown LV bag. But she waits, what is that stuffed in the top of the bag? It’s a magazine, and if you zoom in, it shows a headline on the cover that reads: ‘The Litvinenko murder: They wanted to hand over the suspect for $7,000,’” reports journalist Lucas Harding, in The Guardian.

In the article for the London newspaper, Lucas Harding, who was collaborating from Ukraine reporting on the accumulation of the war conflict, considered that: “Gorbachev has supported Putin a lot. But it would be hard not to conclude that by posing for Vuitton, the late Soviet leader not only wanted to earn money for his family and his foundation, but also make his successor’s nose bleed.”

Gorbachev at times criticized Russian leader Vladimir Putin, but supported the country’s annexation of Crimea (2014) during the Ukraine crisis.

From January 1992, he served as president of the International Non-Governmental Foundation for Socio-Economic and Political Studies (Gorbachev Foundation). As well as being a research center and discussion platform, the Foundation also carries out charitable projects.

Former Soviet President Mikhail Gorbachev and his wife Raisa were also photographed at the entrance of Tokyo Disneyland on April 12, 1992, with Mickey Mouse, the famous American cartoon, emblem of the Disney company. 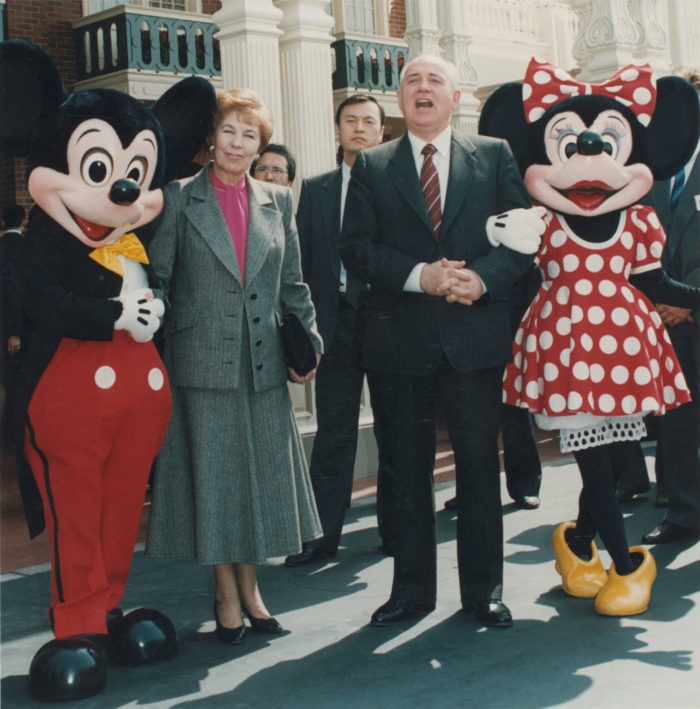 In 2006, he teamed up with Russian billionaire and former MP Aleksandr Lebedev to buy almost half of the independent newspaper Novaya Gazeta, known for its willingness to challenge Kremlin policies.

See also  Floribama Shore: Why Gus Smyrnios Claims The Show Is Exploiting Him