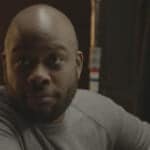 “Picturing the Obamas,” a documentary special about Barack and Michelle Obama and their likenesses in the National Portait Gallery, will premiere on the Smithsonian Channel in September.

The two-part film will trace the journey of the former president and first lady’s official portraits, from when they were unveiled in 2018 to their national museum tour in 2021. The first hour, titled “Portraits of Hope” will survey the legacy of the Obama presidency and the historic significance of the portraits themselves, as they go on display in Chicago and Los Angeles. Kehinde Wiley and Amy Sherald – the first Black presidential portrait artists in American history – will discuss the process of working with the Obamas in the second hour, “Portraits of Change.”

Curators, journalists and art critics will weigh in, but the film is said to focus on “the experiences of everyday people.” Interviewees include a Latina community organizer, a young artist from Southside Chicago, and multigenerational members of the country’s oldest Black sorority, who will reflect on the Obama presidency while visiting the portraits.

The special will premiere just a few days after President and First Lady Biden host a ceremony for the unveiling of the Obamas’ White House portraits.

“When we unveiled the Obamas’ portraits, everyone in the room knew we were witnessing a moment in
history,” said Kim Sajet, Director of Smithsonian’s National Portrait Gallery. “But I don’t think anyone anticipated the emotional impact these artworks would ultimately have on so many Americans across
the country. Through the power of documentary film, ‘Picturing the Obamas’ takes us out of the gallery
and into communities, reminding us that art is powerful and portraiture can change the world.”

“Barack and Michelle Obama continue to inspire individuals and communities nationwide,” added Pamela Aguilar, VP of Content and Programming at the Smithsonian Channel. “We are honored to have the opportunity to premiere ‘Picturing the Obamas’ and explore the cultural impact of their portraits at the Smithsonian’s National Portrait Gallery and this historic presidency.” 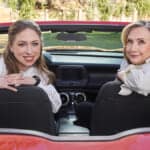