WHO has no evidence that monkeypox is transmitted by blood transfusion 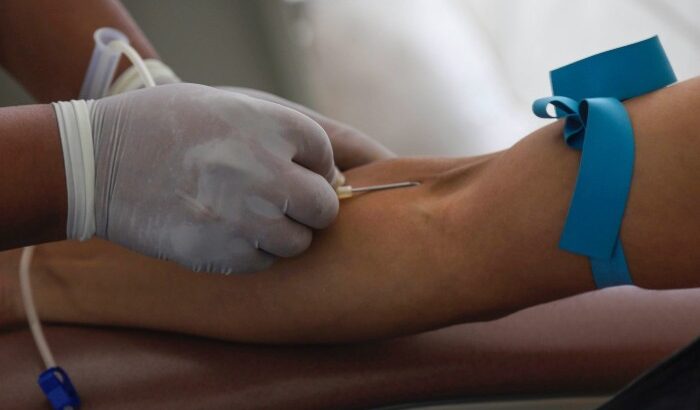 The technical director of monkeypox of the World Health Organization (WHO), Rosamund Lewis, pointed out that so far no case of monkeypox from blood transfusion has been confirmed.

“So far there is no case of transmission of monkeypox by blood transfusion,” explained the expert at a press conference this Wednesday from Geneva (Switzerland).

As for another possible form of transmission, semen, Lewis explained that “there are studies that show virus DNA in semen, but we do not know if it is transmitted“.

“Intimate contact in a sexual relationship allows transmission and the semen itself may contribute to it, but we don’t know yet,” he said.

Based on all this scientific evidence, the expert recalled that the WHO recommends the use of condoms as a precautionary measure because “we still do not know if the infection is transmitted through semen, but also because it reduces skin-to-skin contact.”

Completely avoiding skin-to-skin contact with someone who has monkeypox is preferable, but at the very least using a condom reduces risk.

The expert explained that to protect yourself from monkeypox “you have to limit physical contact with someone who has the virus, reduce the number of sexual partners, casual sex and new partners.”

Likewise, he insisted that these recommendations “are for anyone who has multiple sexual partners, not just for men who have sex with men.”

“It is not a disease that is limited to a specific group. What happens is that it is being transmitted mainly in one population group: men who identify as gay or bisexual. But physical contact of any kind with someone infected can put anyone at risk“, he pointed.

For his part, the director general of the WHO, Tedros Adhanom Ghebreyesus, described the downward data in countries such as Canada, Germany or the Netherlands as “encouraging”.

“It demonstrates the effectiveness of public health interventions and community engagement to track infections and prevent transmission. These signs confirm what we have consistently said from the beginning: that with the right measures, this is an outbreak that can be stopped. And in regions where there is no animal-to-human transmission, this is a virus that can be eliminated. We may be living with Covid-19 for the foreseeable future, but we don’t have to live with monkeypox“, plot.

“But it won’t just happen. eliminating #monkeypox needs three things: the evidence that it’s possible, which we are now beginning to see; political will and commitment; and the implementation of the public health measures in the communities that need them most”-@DrTedros

In any case, he warned that the elimination “is not going to happen just like that.” “Three things are needed: evidence that it is possible, which we are now beginning to see; political will and commitment; and the application of public health measures in the communities that need it most, ”he specified.