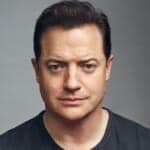 Before you ever see Charlie, you hear his voice. It’s warm and inquisitive, softly spoken, probing, and utterly alive — even as it emanates from a black box, a dark void on a web conference where his video feed from him should be. A college instructor teaching persuasive writing, Charlie gives his classes in absentia, appearing before his students as a missing image on a Brady Bunch–like grid, the center of attention and already gone. Try and spot the motif.

Premiering at the 2022 Venice Film Festival, Darren Aronofsky’s “The Whale” does not shy from heavy themes delivered by a heavy hand as it tracks a rather fraught few days in the life of an awfully heavy man. These are apparently his last few days; at least, that’s what Charlie assumes. Given his 600-pound girth from him, given his blood pressure is at drop-dead levels, and given his apparently years-long project of slow-mo suicide, one has little reason to doubt him.

Our first look at the man only confirms those suspicions. Not just because of the hundreds of pounds of latex constricting actor Brendan Fraser, but for entirely narrative context clues: When you finally catch a glimpse of the man behind the voice, he is in the midst of an acute cardiac episode. It soon passes, he does not, and we’re strapped in for a two-hour address that will never leave the house.

Adapted by Samuel D. Hunter from his 2012 play about a gay man mourning a dead lover by eating himself to death, and shot by Matthew Libatique under funereal light and a tight 1.33 aspect ratio, “The Whale” tackles questions of body and soul by leaning into the stagey quality of the source material. With Charlie stuck in place, made immobile by his countenance of him and awaiting the inevitable, his apartment of him becomes a world unto itself, a place of conflict, promise and maybe even catharsis for the three other characters circling the dying professor.

See also  Avatar: The 5 Biggest Plot Twists From Book One: Water (And Why They Matter)

There’s missionary Thomas (Ty Simpkins) who discovers Charlie during that initial cardiac episode, and sees in him a chance to prove his mettle. “Suddenly, then die,” he might say. “But please, suddenly first.” For caretaker Liz (Hong Chau), with whom Charlie shares an easygoing rapport, he is a connection to a shared and tragic past. And for his estranged daughter, Ellie (Sadie Sink) — who he has not seen since he came out, and who resents him for it something fierce — Charlie holds the promise of an affluent future, speaking to her of a six-figure inheritance to keep her coming back. 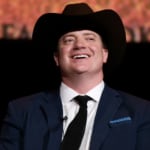 And then there’s Charlie. As the film’s anchor and center of gravity, Fraser pulls off an impressive feat, acting as foil for the three players in his orbit while hitting intentionally contradictory notes. An English teacher, Charlie would no doubt describe his conflict as Man vs. Self, and that saddles the actor with a nimble push-and-pull. He must sell the optimism and booster good cheer he shows for others alongside the uncontrolled sorrow that has pushed him all the way to this point. To do so immobile and covered in prosthetics is no easy task, but the actor needs only his eyes and voice to get the job done.

More static, dialogue-driven and (sometimes) overtly schmaltzy than anything Aronofsky’s tried before, “The Whale” might be a stylistic departure for the livewire director, but it nonetheless feels quite a piece with his pet themes and obsessions. As in “Requiem for a Dream” and “The Wrestler,” here is another man on a downward path towards obliteration, paving the way himself and making the site of that destruction of his own body. As in the director’s (rather unfairly maligned) “Noah,” the film is pitched between Testaments Old and New, asking whether redemption is possible or if fates are etched in stone. And like “mother!,” it absolutely never leaves the house. (OK, that last one’s a stretch.)

So it does not take much to see what attracted Aronofsky to the material, and to see his touch all over, sometimes for good or ill. The film’s opening images provide an illustrating example. Think back to that motif, the floating voice separating body and soul, and you’ll find a pattern that remains fixed throughout. A grim fatalism hangs over the proceedings, imparted as much by the filmmaker and his choices as by the situation itself. 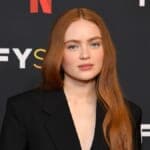 A certain degree of it is earned, as Charlie is above all a man in mourning. A man mourning the family that broke up when he left for a younger student; a man mourning that same partner whose own religious upbringing left him unable to live in peace; and a man mourning the onetime promise of his life from him. But most of the fatalism comes from a heavy-handed style that sees this closed world as a closed circuit, a place for figurative characters to come and express what they represent. And then to come back the next day and do it again.

As Liz, Hong Chau plays the figure that feels most like a person; she’s catty and sharp and does n’t hide her grief from her as she anticipates what’s to come, but that’s mostly because the film takes the character on her own terms. Simpkins and Sink, on the other hand, are left somewhat at sea as they figure out ways to make Concept Delivery Devices seem authentic. It’s not an easy task. Like the hundred pounds of latex cast over Fraser’s body, the film itself requires its performers to act through an overbearing pall. But for the most part, it has room for only one voice.

“The Whale” opens in US theaters December 9 via A24.