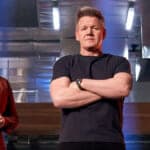 “I am thrilled to join the fantastic Studio Ramsay Global team as they continue to innovate and represent excellence in food, lifestyle and so much more,” Cyrus said in a statement. “I want to thank Gordon, Lisa, Rob and Fox Entertainment CEO Charlie Collier for their incredible energy and support, and for placing no limits on this ambitious new growth phase as we enter exciting new markets, verticals and business ventures.”

Farrokh will build on the successes of SRG’s initial year successes, which include launching “Next Level Chef” and “Gordon Ramsay’s Food Stars,” both on Fox, and securing an international sales format with ITV in the UK

“I’ve known and admired Cyrus for many years as he’s represented FAE’s intellectual property with great energy, creativity and aplomb,” Wade said in a statement. “He’s played an invaluable role in growing our presence around the world, and as we mark the first anniversary since SRG’s formation and start building out its leadership team, we’re excited to bring Cyrus in-house to focus his talent, experience and instincts. on Gordon’s rapidly expanding content portfolio and growth plans.”

“We are delighted to welcome Cyrus to Studio Ramsay Global,” SRG chief creative officer Edwards said in a statement. “Given his incredibly strong track record and excellent knowledge and understanding of the television landscape, he’s the perfect addition to our dynamic, prolific team. We very much look forward to working closely with him to help drive forward our vision and expand the business globally.”

Before joining SRG, Farrokh was president of distribution at Propagate Content, an LA-based production and distribution house for five years. Before that, he was senior vice president at Electus. 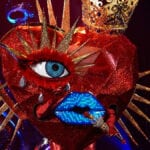